Former South Africa midfielder Reneilwe Letsholonyane feels Safa should have been patient with Pitso Mosimane and they erred by removing the coach from his post at the helm of Bafana Bafana.

Mosimane served as South Africa coach between 2010 and 2012, having previously been assistant to Brazilians Carlos Alberto Parreira and Joel Santana for a combined four years.

But his time with the national team ended after Bafana Bafana failed to qualify for the 2012 Africa Cup of Nations tournament.

Letsholonyane says Safa took the right direction in opting for continuity by letting Mosimane take over from Parreira, but blundered in letting him go after just two years in charge.

“Obviously, for consistency, you need a coach that will be their long-term,” Letsholonyane told Sport24 .

“Things won’t go your way all the time… you will lose games. Yes, results are important, but there are other things that are more important than results.

“Coaches should be given time to settle in and figure out what he wants.

“After the 2010 Soccer World Cup when Pitso took over, I think we as the national team played a very good type of football – exciting, entertaining and we were passionate about doing our job.

“I could see in every national camp that he would always include five or six young players.

“He had a plan to groom the young players as well, but unfortunately he got fired. I think if Pitso was still coach Bafana would be in a much better state than we are right now.”

After Mosimane’s departure, Gordon Igesund, Ephraim Mashaba and Stuart Baxter all had a chance at the helm. but Bafana Bafana still struggled to reclaim the success they enjoyed in the 1990s.

Quarter-final elimination from the 2013 Afcon as hosts and finishing bottom of Group C at the 2015 edition marked some low moments for South Africa.

An almost encouraging run at the 2019 tournament highlighted by eliminating hosts Egypt at the Round of 16 was, however, far from their 1996 feat of being crowned champions, or even being losing finalists in 1998.

Champions League 2020 tournament: Where & when will matches take place?

Wed Jun 17 , 2020
The knockout stage of Europe’s premier club competition will have an unusual dynamic, with a super tournament planned Like most other football competitions across the world, the 2019-20 Champions League was severely impacted by the coronavirus pandemic and, in March 2020, UEFA was forced to postpone all matches. The decision to […] 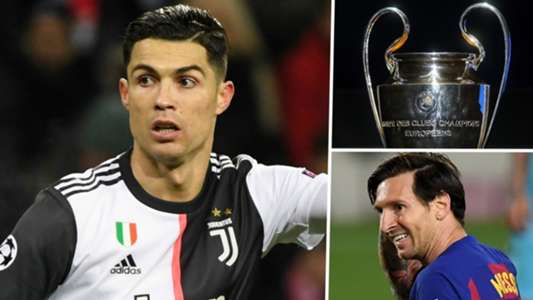