Yanga SC are worried their star winger Bernard Morrison could be heading to Simba SC.

Morrison missed Yanga’s clash against Mwadui FC on Saturday and a top official of the club has revealed they have reports the Ghanaian might be in secret talks with their arch-rivals.

Morrison was signed for six months in the last transfer window and went on to become a fan favourite especially with his March 8 strike against Simba in Dar es Salaam which earned Yanga victory.

“We have been reliably informed that there are still Simba officials who are tracking him and have promised a lot of money should he sign. What is shocking us is maybe he is forgetting that he is serving a two-year contract with Yanga,” the unnamed official told Mwanaspoti.

“We are waiting for him to switch on his phone so that he can tell us what is going on. This is a lack of discipline.

“We are now starting to see his disturbing behaviour but let us not deliberate on the issue so much because his phone might be faulty but again, he knows where the club’s offices are and the officials.

The winger had explained why he missed the Shinyanga match against Mwadui.

“I was unable to link up with the rest of the squad in Shinyanga because I was still suffering from pain in my right knee and thus, I felt it was not fair for me to travel and I will not be able to play,” Morrison said.

Yanga are expected to sit down with the player when the team returns to Dar es Salaam in order to find what the problem could really be.

It is further reported Simba have offered him USD 10,000 (TSh23 million) even though the Ghanaian has already agreed on a contract extension with the Wananchi. It is understood the contract is signed and has already been deposited at Tanzania Football Federation (TFF) offices.

“Simba are going to make a surprising signing but the rumours Simba want to poach [Bernard] Morrison I think that is not true,” the club’s Spokesperson Haji Manara told Mwanaspoti.

Simba are said to have seen a great player in Morrison especially for their Caf engagements for the 2020/21 season.

Wekundu wa Msimbazi have also been reported to be interested in Yanga’s captain Pappy Tshishimbi who they think can bring competition in a midfield controlled by Jonas Mkude, Gerson Fraga and Muzamiru Yassin.

The two traditional arch-rivals are also in a close contest in as far as signing the Coastal Union defender Bakarai Mwamnyeto is concerned.

Mon Jun 15 , 2020
The Pole has been a constant course of goals during his time at the Allianz Arena but did harbour ambitions of a transfer to the Santiago Bernabeu Robert Lewandowski wanted to join Real Madrid to play alongside Cristiano Ronaldo before being persuaded to sign for Bayern Munich, according to the […] 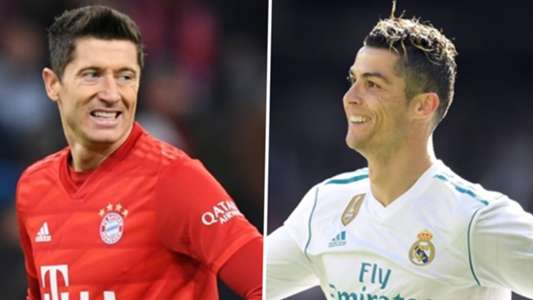