Young Africans (Yanga SC) forward Bernard Morrison has revealed why he did not travel to Shinyanga for the team’s Mainland Premier League match against Mwadui on Saturday.

The Ghanaian star was booked on the same flight as coach Luc Eymael for the trip to Shinyanga on Friday but he was nowhere to be seen and even went ahead to switch off his phone.

Eymael instead, travelled with Congolese striker David Molinga, who was also left behind when the team left for Shinyanga on Wednesday owing to unknown reasons.

The Belgian coach later told Goal he was very upset by the conduct of the player and did not know what happened because he was supposed to travel with him but later switched off his phone.

“Yes he [Morrison] promised to come with me on our trip to Shinyanga but he didn’t show up and he went further to switch off his phone,” Eymael told Goal on Saturday.

The player, who joined Yanga in 2019 after leaving Orlando Pirates of South Africa, has now come out to defend his decision to miss the clash.

“I was unable to link up with the rest of the squad in Shinyanga because I was still suffering from pain in my right knee and thus I felt it was not fair for me to travel and I will not be able to play,” Morrison is quoted by Sokaletu.

On Saturday, when grilled by Goal whether he will take any disciplinary action against the player, Eymael said: “I have no idea why he did that, I will first have to investigate and get to know the reason he decided to switch off his phone and then will make a decision.”

The absence of the players, however, did not deter Yanga from beating Mwadui 1-0, courtesy of Balaka Mapinduzi’s goal, to move them level on points with second-placed Azam FC, who will play against Mbao FC at Azam Complex on Sunday.

In another match on Sunday, champions Simba SC will be seeking to bag maximum points when they host Ruvu Shooting at National Stadium in Dar es Salaam.

Sun Jun 14 , 2020
The Chile international star has had a difficult few months and will not be guaranteed football when he returns to Old Trafford Manchester United manager Ole Gunnar Solskjaer has said that there is a place in his squad for Alexis Sanchez but indicated the Chile star would only be considered […] 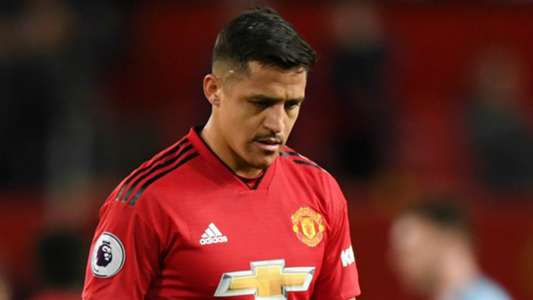