Morocco scored two second-half goals to defeat Mali 2-0 in the final of the African Nations Championship on Sunday, becoming the first team to retain the title in the competition’s history.

Soufiane Bouffini opened the scoring in the 69th minute after Mali had held firm for over and hour, but Ayoub El Kaabi added another 10 minutes later to take the contest beyond the Eagles.

To add insult to injury, Issaka Samake was sent off for Mali in the 93rd minute as their otherwise impressive Chan campaign ended on a sour note.

Despite entering the tournament as favourites, Morocco started the tournament sluggishly—with a narrow 1-0 victory over Togo before they were held 0-0 by Rwanda in Douala.

Things heated up in their final group game—a 5-2 rout of Uganda—before they cruised past Zambia and Cameroon in the quarter-final and semi-final respectively to reaffirm their status as tournament favourites.

Mali, meanwhile, went the distance in both of their knockout games—requiring penalties against Congo-Brazzaville and Guinea—and fatigue eventually told for them during the final stages of Sunday’s encounter.

Sun Feb 7 , 2021
The Islanders and the Gaurs are embroiled in their own battles at the top of the table and in the race for the play-offs respectively… Mumbai City have a three-point lead over ATK Mohun Bagan at the top of the 2020-21 Indian Super League (ISL) standings when they take on […] 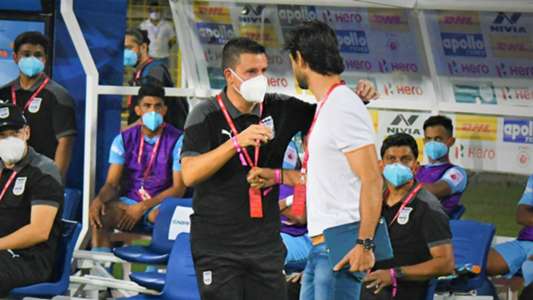