Rangers striker Alfredo Morelos admits he would welcome a move to a more competitive league but he is focused on the Scottish Premiership opener at Aberdeen on Saturday.

Morelos has been the subject of interest from Lille but Ibrox sources insisted on Sunday that there were no active talks between the clubs.

The Colombian striker has now appeared on television in his homeland to discuss his future and admits he is open to a summer move.

Quoted on the Win Sports website, the 24-year-old said: “There is a lot of speculation in the press about my transfer to another team. We are waiting, playing the games well and if the opportunity comes, it is welcome.

“There are several options, we are focused on what is being done, preparing well for the league here. There are clubs that have spoken, but formally there is no agreement.

“The decision is mine and I hope it will be good to go to a more competitive league if I decide.

“For now I am focused, doing things well and waiting for everything to happen from the hand of God.

“If they make me choose between the European leagues, I like them all, it’s time to make a decision. Now I am waiting because there is nothing concrete, it will be known when it is fixed.”

Morelos, who has scored 78 goals in three years with Rangers, has three years left on his contract but a move appears likely with Gers boss Steven Gerrard looking for money to strengthen his squad.

Former Rangers manager Ally McCoist believes Gerrard will have replacements lined up should Morelos be sold.

McCoist told talkSPORT: “I’ll be very disappointed if he leaves if they don’t get a replacement and get good money for him.

“The reports about Lille have been going on for a few weeks. I think Steven will accept an offer if it’s the correct offer, as long as he gets cover in. He will have that earmarked in the bigger chance than an off chance that he might leave.

“I think if they get an offer of £12-13million then they will accept it, but I genuinely don’t know.

“But Steven will have another couple of forwards in mind if the move goes ahead.”

Tue Jul 28 , 2020
Batoto ba Mungu have revealed to Goal they have officially opened talks to sign the ex-K’Ogalo captain ahead of new season Sofapaka have revealed they have tabled a good offer to sign former Gor Mahia defender Musa Mohammed. Mohammed is currently a free agent after his two-year contract with Nkana […] 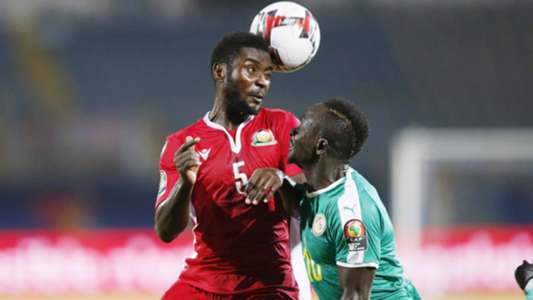