Troubled Ghanaian defender Mohammed Salisu is among three Southampton players expected back in training in the “next few days”, according to club manager Ralph Hasenhuttl.

His return is no doubt refreshing news for Ghana and Southampton fans who are growing increasingly frustrated by the centre-back’s predicament since joining the club in August last year.

Defender Jannik Vestergaard and attacker Nathan Tella are the others tipped to re-join Saints training after some spell in the treatment room.

“They’re still moving along,” Hasenhuttl said when asked about the situation of the injured trio, Daily Echo has reported.

“They’re not back in training sessions with the team yet, that should only take a few more days.

“I hope not too long. There is, hopefully, a light at the end of the tunnel.”

Salisu is still chasing his first appearance for Southampton, five months into his transfer.

After sealing a four-year move from Spanish outfit Real Valladolid last August, the Ghanaian was forced to hold on for one more month before joining The Saints’ pre-season training for the 2020-21 campaign.

Again, after joining group practice in September, it took him three more months to make his first matchday squad.

He made Hasenhuttl’s team sheet six consecutive times in December, each time going only as far as making the bench, before suffering a new injury in late December, prolonging his quest for a first outing at St. Mary’s.

“He [Salisu] came to us with a medical issue and we knew he probably won’t play until October,” Southampton chief executive officer Martin Semmens recently explained to the BBC.

“We expected him to be available from the middle of October and in November he was getting on track, then he had a setback that probably pushed him into December.

“I think we need to be really clear here: we are exceptionally happy with him as a person and a character. He’s physically great and fits our system and Ralph loves working with him and he’ll be a great player in our future.”

After turning down his first Ghana call-up in 2019 due to injury, the defender has largely been rendered unavailable for any further national invitations by his fitness challenges.

Sun Jan 31 , 2021
The 39-year-old is ready to pursue a degree after a football career that spanned 18 years across seven countries Former Super Eagles forward Peter Odemwingie has revealed plans to go back to the classroom and earn a university degree after his illustrious football career. The ex-Stoke City and West Bromwich […] 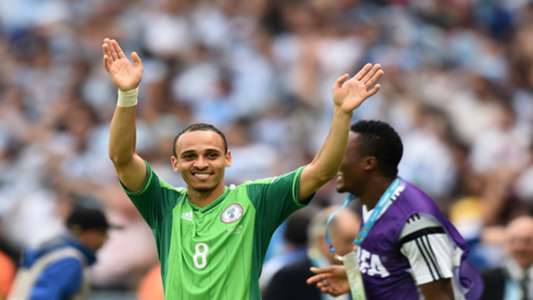