Ghanaian defender Mohammed Salisu made his full debut for Southampton as they held Chelsea to a 1-1 draw in the Premier League on Saturday.

The 21-year-old saw 90 minutes of action to help his side to a point in the matchday 25 fixture at St. Mary’s, a result which ends a six-match losing streak on the part of his club.

The full debut comes a week after he made his first appearance in the Premier League against Wolverhampton Wanderers.

His maiden outing for the Saints in any competition, however, came against Wolves in the FA Cup earlier this month, a few days before the Premier League bow.

The result leaves Southampton 13th on the league table while Chelsea occupy the fourth position.

Salisu caught the eye of the Saints in his first season of professional football with Spanish side Real Valladolid last season.

With 31 La Liga appearances involving 30 starts and one goal, the Ghanaian did enough to make himself a top transfer target for the English side and French outfit Stade Rennais.

After joining Southampton in August last year, the 21-year-old had to delay training with the club for a month due to an injury carried on from his time at Valladolid.

It took him three more months to earn a place in Ralph Hasenhuttl’s matchday squad for the first time. After seven straight appearances on the bench in December, the Accra-born sustained a muscle injury just before New Year, prolonging his wait for his first appearance for his new club.

He resumed training earlier this month, eventually making his bow in a 2-0 triumph over Wolves in the FA Cup, three days before coming on as a substitute against the same side in the Premier League.

The defender will be eyeing a third straight league appearance when the Saints face Leeds United.

Uncapped at international level, he is likely to be included in Ghana’s squad for their 2021 Africa Cup of Nations qualifying matches against South Africa and Sao Tome and Principe next month.

Sat Feb 20 , 2021
The Glamour Boys were in command after scoring first through Reeve Frosler, but a mistake by Anthony Akumu Agay allowed Matsatsantsa back in Not for the first time this season an individual error proved costly for Kaizer Chiefs as they were forced to settle for a 1-1 draw against SuperSport […] 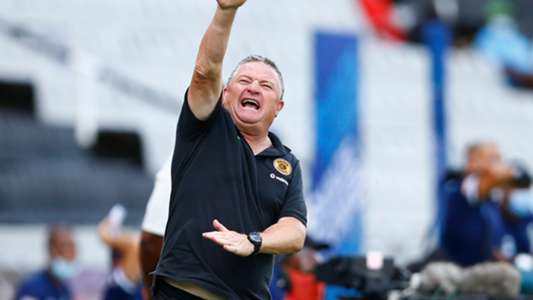