Ghana midfielder Mohammed Kudus returned to the Ajax matchday squad for the first time in one month as the club faced PSV in the Dutch Cup on Wednesday.

The attacker was an unused substitute as The Lancers registered a 2-1 win at Johan Cruijff Arena to progress to the semi-finals of the cup competition.

Despite not taking to the pitch, his bench role is a significant step on his way to returning to match action.

Interestingly, his last appearance came against PSV in the Dutch Eredivisie exactly a month ago.

Kudus has been in and out of action since sustaining a meniscus injury while in Champions League action against Liverpool in October last year.

Expected out of action for “many months” according to his club, the 20-year-old made a return to training in December.

After a few weeks of training, he returned to action as a second-half substitute in the league fixture against PSV.

He, however, suffered a setback in the brief appearance, forcing him back into the treatment room.

“I know how complex this injury can be. He’s back on the pitch again but he had a setback,” Ajax coach Erik ten Hag recently said, according to Ghana Web.

“Now he’s taking part in certain group activities during training. We are being careful with him and taking it step by step.”

“If everything had gone well, we could have qualified for the knockout phase. That was just not our expectations. We’ve lost core players for seven years in two years,” ten Hag said, as reported by AD in December.

“The reality is that we don’t have a Champions League side at the moment. We have to build on that again.

“Players like [David] Neres and Kudus, like [Ryan] Gravenberch, could have made a great move in their development had they been fit. Then it might have been possible [to qualify to the knockout stage].”

Ajax signed Kudus from Danish fold Nordsjaelland in July last year. He has so far made five appearances in all competitions for The Lancers.

Mamelodi Sundowns defender Lebusa: It was frustrating at times

Thu Feb 11 , 2021
The 28-year-old has played six league matches for Downs this term, having featured in 39 league games in his first two seasons with the Brazilians Mamelodi Sundowns defender Mosa Lebusa says it was difficult watching from the sidelines as a combination of injuries and good form by his teammates curtailed […] 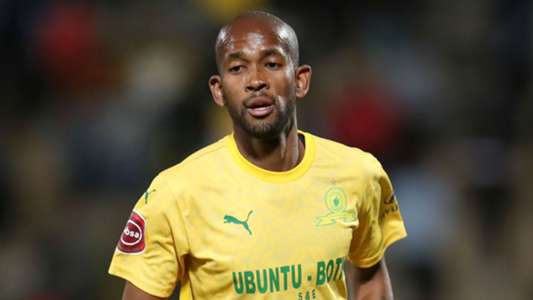