Terem Moffi provided the assist for Lorient’s only goal in their 4-1 defeat to Lille, which ended their five-game unbeaten run in the Ligue 1.

Two minutes after Andrew Gravillon’s own goal put Lille ahead, Moffi helped Jerome Hergault in netting the equaliser in the 23rd minute.

The leveller was not enough to inspire the hosts at the Moustoir Stadium as goals from Jose Fonte, Jonathan Ikone and Domagoj Bradaric powered Lille to victory.

Moffi was on parade for 74 minutes alongside DR Congo’s Yoane Wissa before they were both substituted.

The Nigeria striker who joined Lorient from Belgian First Division A club Kortrijk last September, is enjoying a remarkable debut campaign in France.

Moffi has contributed eight goals and an assist so far in 19 Ligue 1 matches for Christophe Pelissier’s side.

After suffering their first league loss since January 9, Lorient dropped to 18th in the Ligue 1 table with 23 points after 25 matches while Lille rose to the top of the log with 58 points.

The 21-year-old will turn his attention to Wednesday’s trip to Nimes and he will be aiming to rediscover his goalscoring boots and help Les Merlus return to winning form.

A week ago, Moffi scored a brace in Lorient’s 2-2 draw with Monaco and just before that, he scored the match-winning goal which helped his team edged Paris Saint-Germain in a league fixture on January 31.

It remains to be seen if Moffi’s goalscoring exploits could convince Gernot Rohr to hand the Nigeria-born star his maiden Super Eagles invitation ahead of next month’s Africa Cup of Nations qualifiers.

Sun Feb 21 , 2021
The German tactician has revealed some of his experiences since managing the three-time African champions Gernot Rohr has expressed his delight with coaching the Nigeria national team, praising the players for their show of respect towards him. The 67-year-old has been in charge of the West African side since 2016 […] 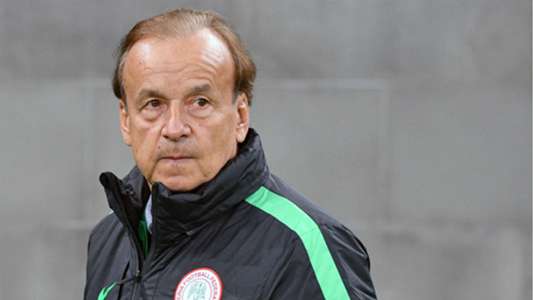