The Brazilians edged out the Buccaneers 1-0 in the first Premier League encounter of 2021, played at the Loftus Versfeld Stadium on Saturday afternoon. The only goal of the game came 10 minutes before the interval in Pretoria and was scored by Downs defender Brian Onyango, his first for the club.

It was not a pretty win for Sundowns, who were without several of their usual attacking threats, including Themba Zwane, Sibusiso Vilakazi, Hlompho Kekana, Gift Motupa, Gaston Sirino and Promise Makhuma, while Kermit Erasmus started on the bench as he makes his way back to full fitness.

In the end it took some backs-to-the-wall defending from Sundowns in the final 20 minutes of the game, which as Modise points out, highlights the fact that, although Masandawana are known for their free-flowing attacking play, they also have the tools to dig in and grind out victories when needed.

“Mamelodi Sundowns proved today that can defend. They did well, especially later on when the system required them to defend,” Modise said in his role as a SuperSport TV analyst. “Credit should go to Sundowns, defensively they did well.

“I thought they were very defensive, but also because the game required them to do so, because we all know how dangerous Pirates are in transition.

“We also spoke about how Mamelodi Sundowns can be dangerous from set pieces, especially with the personnel that was on the pitch today, and they got the goal from a set piece,” Modise, who played for both clubs, added.

Modise’s fellow analyst and former Buccaneer Dikgang Mabalane meanwhile believes that the manner of the win was a statement of intent from the Brazilians and bodes well for Masandawana’s hopes of securing a fourth successive league title.

“Not only did Sundowns win the game today, but they’ve shown the character of the team, the resilience of the team,” he said. “These are the reigning champions, and they’re still at the top of the log.

“It’s an intention, you can see the superiority of the team, in terms of competing in the league.”

Boca Juniors vs River Plate on US TV: How to watch Liga Argentina matches

Sat Jan 2 , 2021
While both Superclasico rivals have one eye on their upcoming Libertadores matches, they will still be desperate to put in a strong display Argentine football continues across the festive season this December and January with the playing of the Copa Diego Armando Maradona. All games are live streamed on Fanatiz […] 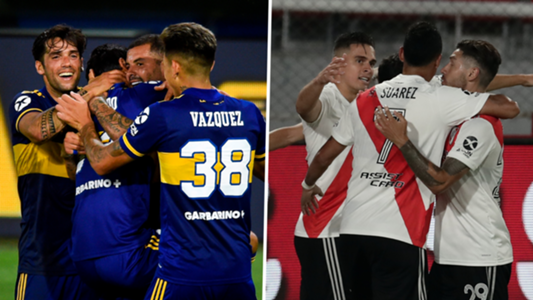