Masandawana have the kind of squad which can absorb injuries, but would benefit from the additional aerial power a player like Mauricio Affonso brings

Mamelodi Sundowns co-coach Manqoba Mngqithi has given an update over the fitness of Mauricio Affonso and Gift Motupa.

It’s good news regarding Motupa, but not so for the 28-year-old Affonso, whose injury-hit stay with the Brazilians continues.

He is yet to fully recover from a groin operation.

“Affonso is still out. We are not really sure when he’s going to come back because he always breaks down when we are hoping that he’s coming in,” Mngqithi was quoted saying by the Daily Sun.

“He must recover fully and be ready to help us. We believe in the next two to three or four months (he will return). But it is a tough one for us to call.”

Since arriving at Sundowns ahead of the 2019/ 20 season, the lanky Uruguayan marksman has played only 13 games in all competitions and has scored five goals; a healthy return which suggests he could contribute significantly.

Two of those goals came in the 2019 Telkom Knockout final, which ended in a 2-1 win for Masandawana over Maritzburg United.

Motupa meanwhile is yet to play for Downs since signing from Bidvest Wits ahead of the current campaign.

He could however be set to make his debut later this month if he regains his fitness and forces his way into the team.

“Motupa is probably going to get to full training next week,” Mngqithi confirmed.

The 26-year-old Motupa managed five league goals in just 15 league matches for the Clever Boys last season and netted nine in 22 the season before, and his knack of scoring from midfield should prove a big asset to the team once he’s fully fit.

The Brazilians have also had a few other players out injured this season, including Gaston Sirino and Sibusiso Vilakazi, while Kermit Erasmus had a minor knock which kept him out for a couple of games.

But the depth of their squad has enabled them to keep firing on all cylinders and they are currently top of the standings as they go in search of a fourth consecutive league title.

Sundowns are next in action in the Caf Champions League – they play Botswana side Jwaneng Galaxy this evening (Tuesday 5 January) at the Loftus Versfeld Stadium.

Tue Jan 5 , 2021
One of the Premier League’s top midfielders will hope to stay fit in the New Year after an injury-hit 2020 While Leicester City began 2020/21 with European involvement, there remained a ‘what might have been?’ impression that Europa League football should have been Champions League participation instead, but for their […] 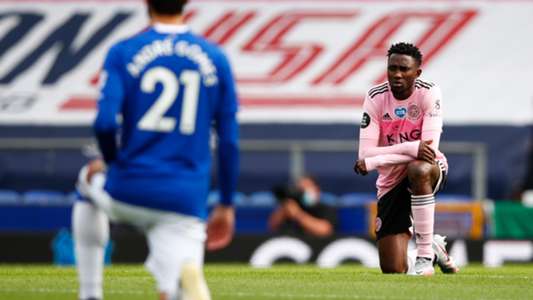