The 2021 campaign will also see the return of the MLS All-Star Game and U.S. Open Cup as CBA negotiations continue between the league and MLSPA

Major League Soccer announced on Monday that the league will play a full 34-game schedule, which will kick off on April 3.

The regular season will run from April through November 7, with the playoffs scheduled to begin November 19 and end with MLS Cup on December 11.

Also back on the schedule are the MLS All-Star Game, Campeones Cup and Leagues Cup during the late summer, while MLS clubs will also feature in the U.S. Open Cup, Canadian Championship and CONCACAF Champions League throughout 2021.

With the start of the 2021 season, MLS will see the introduction of the league’s 27th club, Austin FC, which will compete in the Western Conference, making them the conference’s 13th team compared to the East’s 14.

Canadian clubs’ scheduling remains up in the air due to travel restrictions between the U.S. and Canada. Last season, Canadian sides played their home games in the U.S. rather than in home markets.

Clubs will be permitted to open preseason training on February 22, six weeks prior to the opening weekend. In accordance with coronavirus protocol, players will be required to quarantine and train individually upon returning back to their clubs.

The start of the season had previously been earmarked for March, although there were discussions about pushing back the season in an effort to play more games in front of home fans.

Also threatening the start of the season was ongoing Collective Bargaining Agreement discussions, with the MLS and MLSPA still negotiating after last season’s agreement was never ratified due to the coronavirus pandemic.

“MLS continues to meet with the Major League Soccer Players Association and players to discuss working together to put MLS on a secure footing given the unprecedented impact of Covid-19,” the league said in a statement regarduing the CBA talks.

“On Jan. 5 MLS presented the MLSPA with a proposal that committed to paying the players 100% of their salaries this year, in return for a two-year extension of the MLS Collective Bargaining Agreement. The MLSPA provided a response to the league’s proposal Jan. 23.

“Although no agreement has been reached, MLS is committed to meet as many times as necessary with the MLSPA in the coming days to finalize an agreement.”

The league plans to release a complete schedule in the coming weeks.

Mon Jan 25 , 2021
The Highlanders will be looking to keep up to winning ways against the Kolkatan outfit who dropped points five times this season… NorthEast United and ATK Mohun Bagan are set to face each other in the 2020-21 Indian Super League (ISL) season for the second time at the Fatorda Stadium, on […] 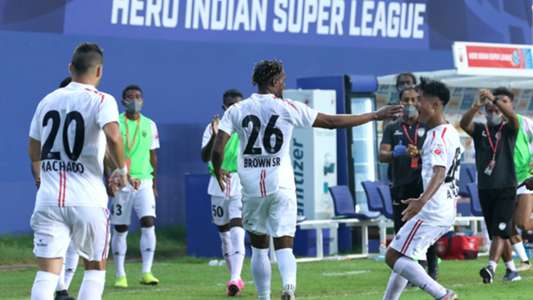