Don Garber admitted that Las Vegas, San Diego and Phoenix are among the contenders to be MLS’s 30th team amid all of the uncertainty with the league’s plan to expand to Sacramento.

The Sacramento expansion team is currently in limbo after lead investor Ron Burkle pulled out of plans in February due to the coronavirus pandemic.

As a result, there is uncertainty surrounding the team’s future, with Garber admitting that other cities could jump into that picture for that expansion slot.

Editors’ Picks
What did Garber have to say?

“I call this expansion project there leading up to this season a Covid casualty,” Garber told reporters on Monday. “We had a lot of momentum. We were working very closely with Ron Burkle and with Mayor [Darrell] Steinberg, who is a guy that I’m very friendly with, working with other local leaders and partners to launch a great new team in Sacramento.

“Ron Burkle is a good guy and he had to face enormous economic challenges that were created by the pandemic with costs rising dramatically with the Railyards project and other factors that created pressures on him that, ultimately, had him decide to walk away.

“But there’s still a lot of energy in Sacramento. It’s a good soccer market. Mayor Darrell Steinberg is very focused on trying to put another ownership group together. We’re going to work with him to see what can be achieved if another group can come together and reach an agreement with the city and with others to be able to bring a team there.

“Right now there are other markets that we’re looking at, and people are, I’m sure, expecting that, whether that be Las Vegas or San Diego or whether it be Phoenix. We’ll see where all of them, how all of those develop to see who can be our 30th team.”

MLS is set to introduce its 27th team this weekend when the 2021 season kicks off with Austin FC joining the league following the additions of Inter Miami and Nashville SC last season.

Waiting in the wings are Charlotte FC and St. Louis SC, who will begin play in 2022 while becoming the 28th and 29th teams to join the league.

Sacramento was set to be No. 30 but, despite ongoing work to reignite the project, doubts remain over the city’s potential MLS future.

Still, Steinberg said in February that he remains hopeful that a plan could be put in place to keep Sacramento in the picture.

“We will still bring MLS to Sacramento, and we will work with the league to find a new lead investor,” Steinberg told The Bee. “We are not starting from scratch by any means. We have an approved stadium plan and an approved plan to build and pay for infrastructure. We also have the best fan base in the country – one that has shown time and time again that it can support an MLS team.

“We have only begun to fight for what our city deserves.”

Mon Apr 12 , 2021
The 25-year-old opens up about his club’s objective for the ongoing Spanish topflight  Celta Vigo defender Joseph Aidoo revealed the club have set their sights on grabbing a place in next season’s Europa League.  With eight rounds of matches to go and a game in hand, the Sky Blues occupy the […] 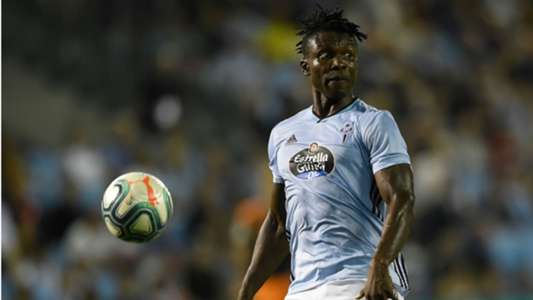