Simba SC midfielder Jonas Mkude has resumed training after missing the opening match of the Mainland Premier League on Sunday.

The Tanzanian giants took the National Stadium without their defensive player, who picked up an injury during their friendly against KMC, as they settled for a 1-1 draw against Ruvu Shooting.

Mkude, who was ruled out for two weeks, has now returned to training but under the care of the team doctor as he works his way to return to action.

Simba have confirmed the return to training of the player, but insisted he will still be out for at least two weeks.

“Mkude trained with team doctor today [Tuesday] and he is recovering well,” Simba said on their official website.

“The doctors are confident he will be able to kick the ball in two weeks’ time.”

On suffering the injury, Simba coach Sven Vandenbroeck named two players who can play for the team in his absence.

The Belgian tactician confirmed Mzamiru Yasin and Brazilian playmaker Gerson Fraga will perfectly fit into the role Mkude was playing for the Mainland giants.

“I just hope [Mkude] will not be out for a long time because we need him for subsequent matches in the league and the domestic competition,” Vandenbroeck told reporters last week.

“In Simba, we have a huge squad, and fans should not be worried because we can easily rotate the starting eleven. I can easily use Yasin or Fraga in the same position and I know they will do a good job and give us the result we need.”

Mkude was not in action as Simba dropped points against Ruvu Shooting, and will miss the next league match against Mbeya City and also sit out the team’s FA Cup quarter-final clash against Azam FC.

Meanwhile, Simba information officer Haji Manara has thanked the club’s fans for keeping to the safety measures put in place by the Ministry of Health to help curb the spread of the coronavirus.

Manara said he was impressed with the fans’ behaviour during their match against Ruvu Shooting and urged them to keep the spirit in the subsequent matches.

Tue Jun 16 , 2020
The governing bodies and clubs have sent inspiring messages to the ex-Super Eagles star as he celebrates his birthday Manchester United striker and former Nigeria international Odion Ighalo has been celebrated on his 31st birthday. The Nigeria Football Federation (NFF), Confederation of African Football (Caf), Premier League sides Watford and […] 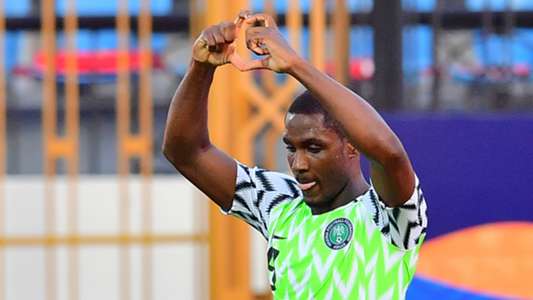