The Taifa Stars player has finally resumed training with the Msimbazi giants, days after he was fined and asked to apologise

Simba SC have finally allowed midfielder Jonas Mkude to return to training after one month out owing to suspension.

The Taifa Stars defender was suspended by the club on December 28, 2020, though the Wekundu wa Msimbazi did not give the reason behind their decision.

The player was then fined Tsh2million by the club’s disciplinary committee, and ordered to apologise for his alleged behaviour before being allowed to return to training.

Simba have now confirmed the return of Mkude on their social media pages, with a photo of the player training in the gym ahead of the resumption of the Mainland Premier League.

“Happy to be back in the gym,” Simba posted, a clear indication the player has now been allowed to return.

On imposing a fine on the player, Simba’s disciplinary committee, which was chaired by Suleiman Kova found the player culpable of three offences.

The first offence was his decision to skip the club’s seminar which was held to discuss the team’s targets for the season, his second mistake reporting late to training ahead of their league match against Coastal Union with his third mistake being a failure to report to camp on December 26, 2020, without permission.

“The committee, therefore, has ordered the player to report to camp with immediate effect so as to continue training with the rest of the squad members’ failure to which he will face more disciplinary action,” read the statement from the committee.

“Mkude will also have to pay the fine in a period of one month and he has also been asked to apologise for his mistakes in writing in the next 24 hours.”

Earlier on, Mkude had also taken to his social media pages to ask for forgiveness from the club and the fans.

“I would like to plead with Simba to forgive me for my mistakes,” Mkude said in a recorded video posted to his social media pages.

“We are all born to make mistakes and it does not mean I will repeat the same mistake again.

“I am a Simba player by blood, I love playing for Simba and Simba is part of my life. I am now hoping that my fellow teammates, the technical bench, club leaders, and all the members of the club will forgive me.”

Before his suspension, Mkude was one of the undisputable first-teamers in all competitions that Simba had engaged in, and the midfielder was also serving the Tanzania national side in the same capacity.

Tue Feb 2 , 2021
K’Ogalo have also re-signed former skipper Haron Shakav,a who was a free agent after parting ways with Nkana FC Gor Mahia have completed the signing of midfielder Abdul Karim Nikiema Zoko to bolster their squad. The midfield department has been problematic for K’Ogalo and it is one of the departments […] 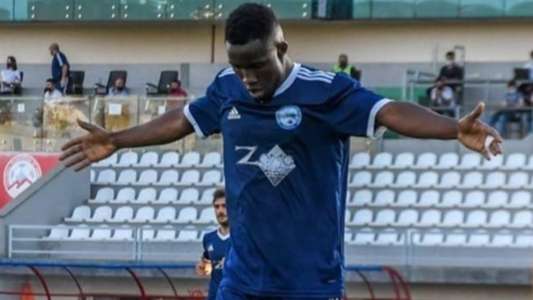