Juan Miranda is among those approaching the end of his current contract at Barcelona, but a two-year extension for the promising left-back has been mooted and he will hold future talks with those at Camp Nou in the summer.

The 21-year-old defender has spent the last two seasons outside of Catalunya taking in loan spells at Schalke and Real Betis.

That has seen the academy graduate gain useful experience and the option of triggering a clause in his current deal to take him through to 2023 is being mulled over.

Miranda has told El Desmarque when quizzed on his future plans, with Barca – as they are with Lionel Messi – reluctant to see talented performers hit free agency: “It’s not the moment to think about that.

“Barca and Betis will talk when the moment is right, probably at the end of the season. Right now I am only interested in helping Betis qualify for Europe.

“When the league finishes, we can talk.”

It has been suggested that Barca will extend Miranda’s deal with them before sanctioning another season-long spell at Betis.

That option could appeal to the Spain U21 international as he is eager to see regular game time at an important stage of his development.

He added: “I am young and I need to play minutes.

“We want to get into Europe in these final games, which is good for me and the club, and the three parties will make a decision after the season.”

Miranda, who has been linked with Juventus in the past , has taken in 21 appearances for Betis across all competitions this season.

He has helped them to reach sixth spot in the Liga table, with five games remaining for them to wrap up qualification for the 2021-22 Europa League.

Tue Apr 27 , 2021
The 36-year-old announced his retirement from Cranes in April ending his 16-year service Mamelodi Sundowns custodian Denis Onyango has taken to his social media platforms to appreciate a farewell party organised by some of his close allies in the wake of his retirement from the national team. The veteran custodian […] 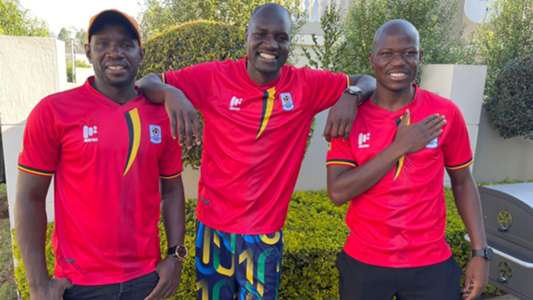