Atalanta boss Gian Piero Gasperini reshuffles his pack following two disappointing results in the league as they arrive in Milan for this vital match. Blessed with a near fully fit squad, the visiting managers opts for Toloi, Romero and Djimsiti to make up the back three with Gosens and Hateboer operating as the two wing backs. De Roon and Freuler start in the centre of the park as Ilicic and Pessina play off of Zapata who leads the line for the away side. There’s no spot on the bench for forward Alejandro Gomez who is set to leave the club in the near future.

The hosts head into this huge Serie A clash on the back of some recent impressive form and as such, changes are limited. Alessio Romagnoli misses out through suspension so Kalulu and Kjaer form the back two with Hernandez and Calabria playing in the full-back spots. Kessie, Tonali and Meite anchor the midfield whilst star striker Ibrahimovic starts upfront. New signings Mandzukic and Tomori – on loan from Premier League side Chelsea – both make the bench.

Two of Italy’s biggest outfits meet in this crucial Serie A clash. Top of the table Milan will be looking to extend their lead over fierce rivals Inter with a win, but Atalanta arrive at San Siro with their own ideas as the visitors look to qualify for next season’s Champions League once again.

Hello and welcome to our live text commentary of this Serie A fixture between Milan and Atalanta.

Sat Jan 23 , 2021
The Spanish tactician has cited the need to be with his family during the Covid-19 pandemic Rafael Benitez has left his role as coach of Dalian Professional, with the Spaniard saying he needs to support his family through the coronavirus pandemic. The 60-year-old joined the club in 2019, and had […] 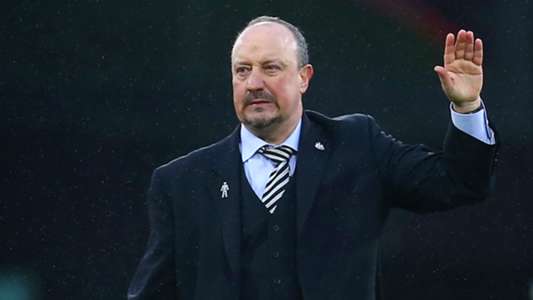