The Hornets managed to secure a 2-1 victory over the Potters in Friday’s Championship game after a tense encounter.

Mikel was afforded his 19th league appearance in the game and was one of the standout performers for Michael O’Neill’s men.

The former Nigeria international made a number of tackles and interceptions although his effort was not enough to help his side avoid defeat at Bet365 Stadium.

There was no goal in the encounter until the hour mark when Troy Deeney broke the deadlock from the penalty spot before Senegal international Ismaila Sarr doubled the lead to render Steven Fletcher’s late strike a mere consolation goal.

Hughes explained that the Hornets struggled in the encounter because of the solid performance displayed by the 33-year-old.

“We did a lot better in the second half with how we pressed because their formation caused us a few issues in the first half,” Hughes told the club website.

“The three in midfield caused us some problems in terms of who was going out to press who and [John] Obi Mikel had a lot of the ball, so we found it hard.

“In the second half we stayed higher up the pitch and pressed a bit more and when you do that in this league you’re not going to find many teams who can play through it. When you apply pressure you’re going to get the ball in the right areas and create things.”

Sarr, who bagged his fifth Championship goal of the season at Bet365 Stadium with a fine finish, has been praised by Watford manager Xisco Munoz for his contribution.

“Sarr was amazing, he finished like a top striker,” Munoz said after the game.

Mikel teamed up with Stoke last summer as a free agent after leaving Turkish Super Lig side Trabzonspor by mutual agreement.

The midfielder has now made 21 appearances since his arrival at the Championship club and will be expected to continue his impactful showings when Watford take on Huddersfield Town in their next league game on January 30.

Sat Jan 23 , 2021
The 54-year-old believes that Jamshedpur FC do have a realistic chance of qualifying for the ISL play-offs… Jamshedpur FC coach Owen Coyle feels that the additions of Seiminlen Doungel and Farukh Choudhary in the January transfer window of the 2020-21 Indian Super League (ISL) will inject more pace in his […] 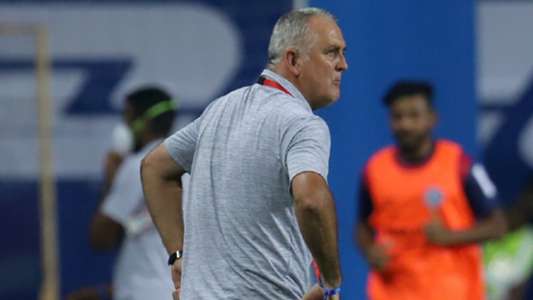