The former Nigeria international was handed his 23rrd league appearance since teaming up with the Potters last summer on a free transfer.

The midfielder gave a good account of himself in the encounter after coming off the bench, making two tackles, winning one aerial contest and made one clearance.

Nick Powell opened the scoring in the 21st minute and completed his brace moments after the hour mark before Steven Fletcher sealed the victory with a fine strike.

The win ensured Stoke continued in their winning ways after defeating Sheffield Wednesday last time out which propelled them to ninth spot on the league table after gathering 45 points from 31 games.

Mikel will hope to return to the starting line-up when Stoke take on Barnsley in their next league game on February 24.

On the other hand, South African forward Tom Barkhuizen was afforded his 30th league appearance in Preston North End’s 4-0 defeat to Cardiff City.

The midfielder came off the bench to make his contribution for Preston, replacing Emil Riis Jakobsen in the 46th minute of the encounter.

Barkhuizen made 33 touches on the ball and had a 79 percent successful pass rate but his effort was not enough to save his side from their 16th defeat of the season which saw them drop to 14th spot on the table.

Nigerian forward Sheyi Ojo was a second-half substitute for Cardiff in the encounter as goals from Kieffer Moore, Josh Murphy, Marlon Pack and Mark Harris sealed the victory for the Bluebirds.

After Ashley Fletcher opened the scoring in the encounter, Bola then sealed the victory for the Boro after receiving a fine assist from Morsy.

Reading paraded Nigeria’s Sone Aluko and Ejaria as well as Ghana international Andy Yiadom and Nigeria’s Michael Olise but their contributions were not enough to save Reading from the loss.

Notwithstanding the defeat, the Royals remain in the top six on the league table with 51 points from 31 games.

The African stars will be expected to continue their contribution to their respective clubs in their next Championship outings. 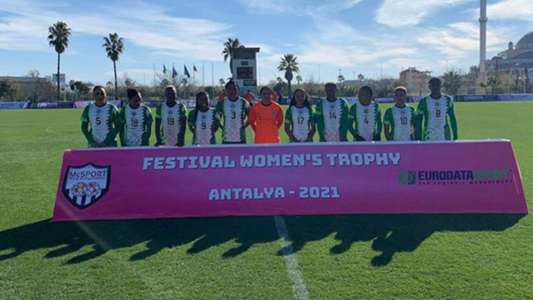