The former Blaugrana frontman, who remains in contact with the Argentine icon, says several options are there to be weighed up

Luis Suarez is backing Lionel Messi to “retire wherever he wants” as speculation continues to rage regarding the Barcelona superstar’s future.

Goal has learned that the mercurial Argentine will not be making any decision on his next move until the end of the 2020-21 campaign. He has grown tired of the endless rumours, with barely a day going by when he is not linked with a switch to Manchester City or Paris Saint-Germain.

There is little chance of the gossip going away, with the six-time Ballon d’Or winner continuing to run down his contract at Camp Nou.

If no fresh terms are agreed with the only club side he has represented in his remarkable career, then the South American will become a free agent.

Suarez, who enjoyed six trophy-laden years alongside Messi at Camp Nou before joining Atletico Madrid last summer, feels his former team-mate has earned the right to make his own decisions.

He admits anything could happen before the all-time great hangs up his boots, with the 33-year-old having revealed in the past that he would like to experience MLS and a return to Newell’s Old Boys before calling it a day.

“This afternoon I spoke with him, he was very happy about the victory [over Granada],” Suarez told El Transistor. “He is [playing] at a spectacular level, he is the best in the world.

“Messi will retire wherever he wants, he can decide whether it’s at Barcelona, in Argentina or wherever.”

Barca have not given up hope when it comes to thrashing out a contract extension for their talismanic captain. Financial difficulties for the Liga giants are, however, making life difficult, with it revealed that they are now €1.2 billion (£1.1b/$1.5b) in debt.

He is, however, worth much more than that to the Blaugrana and it remains to be seen who will be benefiting from his sporting and commercial strength in 2021-22, with a big career crossroads approaching for a forward who shows no sign of slowing down.

Denis Otim: My time will come to shine for Express FC in UPL

Fri Feb 5 , 2021
The 20-year-old says he is not in any hurry to clinch a starting role for the Red Eagles in the Ugandan top-flight Express FC goalkeeper Denis Otim is not worried he is yet to make a start for the side he signed for before the start of the 2020-21 Ugandan […] 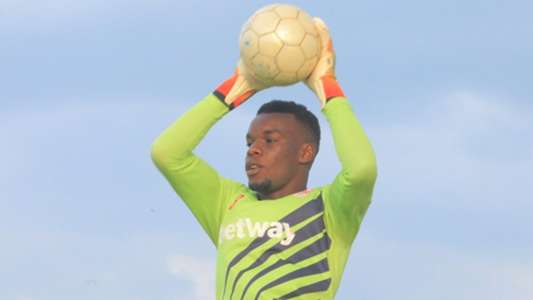