Ronald Koeman was thrilled to see Lionel Messi and Pedri team up to stunning effect on Wednesday as Barcelona overcame an early setback to win 3-2 at Athletic Bilbao.

Inaki Williams raced clear to put the hosts, who had Marcelino in charge for the first time, in front inside three minutes of Wednesday’s La Liga clash.

However, Barca responded impressively, with goals from Pedri and Messi putting them in front by the break before the latter increased their lead just after the hour mark.

Messi will understandably dominate the agenda having scored twice, but Koeman was also quick to praise the performance of Pedri, who completed over 90 per cent of his attempted passes.

The teenage midfielder scored the equaliser, heading in Frenkie de Jong’s cutback cross with goalkeeper Unai Simon out of position, while it was his backheeled pass that set up Messi to make it 2-1.

“Pedri is showing despite his youth that he is very mature,” the Dutchman said in his post-match interview.

“Messi has always shown his desire but today also with goals. It is very important.”

1 – Aged 18 years and 42 days, @FCBarcelona ‘s Pedri González 🇪🇸 has become the youngest player to both score and assist in a @LaLigaEN game at new San Mamés. Baptism. pic.twitter.com/jkkIK8sFwZ

Koeman had to endure a nervy finish after Iker Muniain’s 90th-minute finish, but promised his squad will “fight until the last match” in La Liga after moving up to third in the table.

“The final result is a bit short because we have been superior in many phases,” Koeman said, having now recorded three away wins on the spin in LaLiga for the first time in his reign.

“They made it 1-0 and we did not have the defensive coordination, but then we controlled [the game].

“I am happy with the result and with how we have achieved it. We have deserved it. Winning because of our game and our opportunities.

“The teamwork has been phenomenal. We will fight until the last match. There is distance [to go], but we are on the right track.”

Barca are next in action on Saturday, when they visit Granada.

Thu Jan 7 , 2021
Odisha are still in the hunt for their first win of the season while Kerala would want to keep their play-off hopes alive Kerala Blasters find themselves in a bottom of the table clash with Odisha in the ongoing Indian Super League (ISL) at the GMC stadium in Bambolim, on Thursday […] 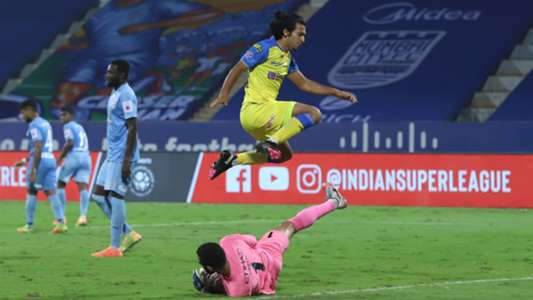