Lionel Messi “might be thinking about” joining Paris Saint-Germain says Rivaldo, with the Barcelona legend conceding that an all-time great may have made his last Champions League appearance at Camp Nou.

If that is the case, with the Argentine continuing to run his contract down, then he will depart with a rare blot on his copybook following a 4-1 defeat to Paris Saint-Germain in the first leg of their last-16 encounter.

Kylian Mbappe stole the show in that contest with a stunning hat-trick after Messi had opened the scoring from the penalty spot, and Rivaldo fears the decision may now have been taken by a six-time Ballon d’Or winner to head elsewhere.

“This may well have been Lionel Messi’s last match for Barcelona at Camp Nou in the Champions League. Based on the quality PSG showed, I’m sure he might be thinking about joining them,” Barca great Rivaldo told Betfair.

“I want Messi to stay at Barcelona but I understand why he’d want to leave at the moment when the club is not guaranteeing him good chances of fighting for important titles regularly. He can’t keep taking responsibility for the team on his own. Last summer, he saw Luis Suarez leave in an incomprehensible transfer that has made Atletico Madrid stronger.

“I believe he will leave the club at the end of season.”

What does the future hold for Messi?

Goal has learned that the 33-year-old will be making no decision on his future until the end of the season. He does, however, remain at the centre of intense transfer talk as uncertainty continues to reign.

Messi made one push for the exits in 2020, only to see the doors at Camp Nou slammed shut as he was forced to accept that the final year of his contract would need to be seen out.

Various figures with strong connections to the Liga giants have stated their confidence regarding another deal being done.

Speculation is rife though, and PSG form part of an elite group of suitors, alongside Premier League heavyweights Manchester City, that could match Messi’s sporting and financial ambition.

Ligue 1 title holders at Parc des Princes have made no secret of the fact that they would welcome Messi onto their books.

Thu Feb 18 , 2021
The Brewers were too good for the Mailmen who recently made a technical change by appointing Stanley Okumbi as a new coach In-form Tusker picked a 4-1 win over Kaiobangi Sharks during a Football Kenya Federation Premier League tie on Thursday at Kasarani Annex. Jackson Macharia, Henry Meja, and Luke […] 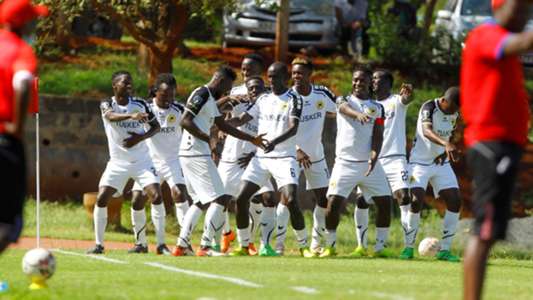