Lionel Messi made his 500th La Liga appearance and 750th in all competitions for Barcelona in Sunday’s meeting with Huesca after returning to Ronald Koeman’s starting line-up.

Messi missed Tuesday’s 1-1 draw with Eibar after he was given an extended break over Christmas to nurse an ankle problem.

However, Koeman confirmed on Saturday that the 33-year-old had trained on during the week, and Messi has subsequently returned to Barca’s starting XI for a landmark outing at Estadio El Alcoraz.

Xavi’s total is 17 more than Messi’s current tally of 750, including Sunday’s game.

He is only the second player, and the first born outside of Spain, to reach the landmark for Barca, with Andres Iniesta completing the podium having made 442 La Liga appearances during his time at Camp Nou.

500 – Lionel Messi 🇦🇷 will make his 500th appearance for @FCBarcelona in @LaLigaEN , becoming the first non-Spanish player to reach this milestone in the competition’s history. Emblem. pic.twitter.com/2q7BkV2aWI

The record for the most matches ever played in La Liga is held by former goalkeeper Andoni Zubizarreta, with 662 games under his belt for Athletic Club, Barca and Valencia.

Barca make the trip to Huesca unbeaten in five league matches, but they have drawn two of their last three and enter the game 13 points adrift of leaders Atletico Madrid, who benefited from a last-minute winner from Luis Suarez to beat Alaves earlier on Sunday.

Messi was sorely missed last week, when he watched from the stands as the Catalans were held 1-1 at home to Eibar to fall further off the pace at the top of the table.

Messi was directly involved in four goals in his only previous La Liga game against Huesca, scoring twice and providing two assists in September 2018.

Sun Jan 3 , 2021
The Ivory Coast international scored his fifth league goal of the season to help his side secure all three points at Stadio Ciro Vigorito Franck Kessie found the back of the net as AC Milan defeated Benevento 2-0 in Sunday’s Serie A game. The 24-year-old was afforded his 13thh league […] 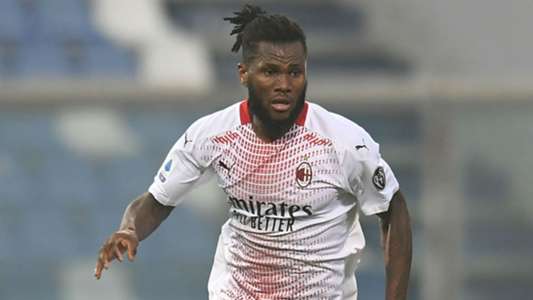