Ronald Koeman has insisted that Lionel Messi is “excited and happy” at Barcelona despite ongoing transfer talk.

The Argentine continues to be linked with a move away from Camp Nou after entering the final five months of his contract, but Koeman thinks he is enjoying his football again amid Barca’s improved domestic form.

After the Alaves victory, Koeman was asked to discuss Messi’s contribution while looking ahead to this week’s Champions League round of 16 first-leg clash against Paris Saint-Germain.

“Well, we know that Leo is a decisive player,” the Barca head coach told reporters. “He has been for many years, he is very concentrated. He’s excited, he’s happy and he’s been very effective in front of goal.

“He’s someone that when we make passes between the lines to find him it gives a load of depth for the rest of the players and makes them even easier for him.

“He has a great vision of play, so of course if we want to try and go through or aspire to win trophies having Messi at his best is vital, but we need also everyone else at the best. That’s very important.”

Messi has made it clear that he will wait until the end of the season before making a final decision on his future, having seen a transfer request rejected by the club last summer.

The 33-year-old could extend his stay at Camp Nou, but will not be offered a pay rise of any sort due to the financial crisis which has seen Barca post debts in excess of €1 billion.

Paris Saint-Germain has been mooted as the most likely next destination for Messi if he ends up leaving Barcelona, amid rumours of a potential reunion with former Blaugrana team-mate Neymar.

However, Manchester City and Inter have also been strongly linked with the six-time Ballon d’Or winner, and he has even admitted that a move to MLS holds great appeal to him as he heads towards the latter stages of his career.

Sun Feb 14 , 2021
The 28-year-old becomes the latest Mighty Warriors player to earn a professional contract abroad after signing for the Spanish side Spanish Iberdrola side Joventut Almassora has sealed the signing of Zimbabwe midfielder Emmaculate Mpisa, on a one-year deal.  Mpisa arrived in Spain on Thursday evening and was unveiled by Almassora […] 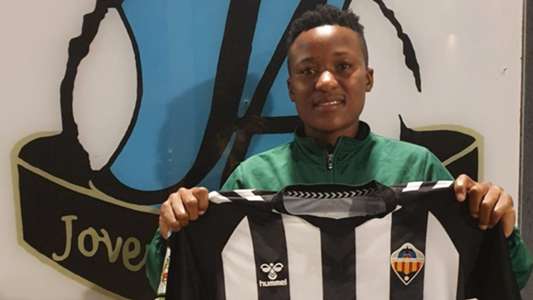