Edouard Mendy has picked the era of Ghana legend Michael Essien and Ivory Coast’s Didier Drogba as the best in Chelsea history.

The Senegal goalkeeper revealed that he was an ardent follower of the Blues, and he watched their matches alongside Real Madrid and Marseille when he was growing up in France.

He also expressed his admiration for several former Premier League stars including Louis Saha, Steven Gerrard, Cristiano Ronaldo and Petr Cech, but he was drawn to Chelsea because of Essien and Drogba’s presence.

The two African legends won several laurels during their stint at Stamford Bridge, which include the Uefa Champions League, the Premier League, the FA Cup and the League Cup.

“When I was a little boy I watched Chelsea, Marseille and Real Madrid. I watched a lot of the Chelsea games when Michael Essien and Didier Drogba played for this club. For me this team was the best in the history of this club,” Mendy told the club website.

“Everybody knows Petr is a legend, he’s a very good goalkeeper, so I watched a lot of his games. I liked Van Der Sar as well. As for outfield players, Didier Drogba, and Gerrard as well, Michael Essien. I liked Louis Saha, when he played for Manchester United and, of course, Cristiano Ronaldo.”

It did not take long for Mendy to make an instant impact at Chelsea after signing a five-year deal from Rennes as he registered three consecutive clean sheets in the Premier League which has now extended to eight after 16  appearances.

The 28-year-old drew a comparison between the weather in London and Rennes as a factor which helped him adapt seamlessly to life at Stamford Bridge, and he also stated how he is progressing with his English lessons.

“Because firstly I think I play in a good team. We did well at the start and I always worked to come here, so I think my attributes are good for this league and help me to perform when I play,” he continued.

“I spend my time with my family, with my wife and my two little boys, and my sister. She gives me English lessons. She’s a very good teacher, she’s helped me a lot, and her husband as well.”

Next up for Mendy and his Chelsea teammates is a league match against Burnley at Stamford Bridge and they will be targeting their maiden win under Thomas Tuchel who replaced Frank Lampard at the helm on Monday. 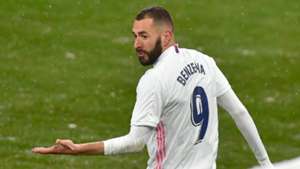