Tusker FC striker Henry Meja hopes he will continue with his rich form in front of goal and end up becoming a winner by the end of the ongoing Football Kenya Federation Premier League campaign.

The youngster has been a key player for the Brewers despite making his debut in the Kenyan top-tier a couple of months ago. The 19-year old was crowned the FKF Premier League’s January player of the month after scoring four goals and assisting once.

Despite playing in a team with players full of experience, the youngster has commanded a first-team place in the squad and he has explained how he managed to do so.

“Getting a place in the first team is not easy, it needs a lot of sacrifices,” Meja told Goal on Thursday.

“Then in training, you have to prove to the coach by working hard and scoring consistently. It gives me a chance to get into the first team and is easier for me to score as well because I am used to scoring in training.

“I thank God for the energy and ability to play and score. My wish is to continue scoring consistently and end up being a winner.”

Others who were on the list for the January award were Gor Mahia skipper Kenneth Muguna and Wazito creative midfielder Kevin Kimani who succeeded Elvis Rupia of AFC Leopards who won it in December.

During the aforementioned month, Meja scored in a 1-0 win over Kakamega Homeboyz before a brace and an assist in the 4-2 win against Kariobangi Sharks. The teenager scored the winning goal in the 2-1 win over Zoo FC to end the month with four goals.

The forward is part of the Harambee Stars squad preparing for friendly matches against South Sudan and Tanzania and eventually take on Egypt in the 2021 Africa Cup of Nations qualifier.

“I am ready for Harambee Stars, we have been training well and I hope to make it into the final squad,” the youngster stated.

“I am working harder as well to be considered in the final squad.”

Afcon U17: Tanzania name squad for annual competition in Morocco

Thu Mar 4 , 2021
The Serengeti Boys will be making their third appearance in the annual competition hoping to advance from the group stage Tanzania U17 coach Hababuu Ali has named his squad to play in the Africa U17 Cup of Nations in Morocco this month. The annual competition will be starting in nine […] 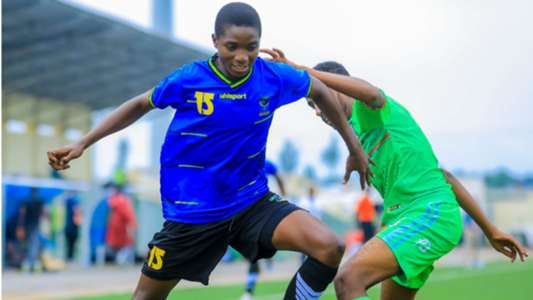