Kylian Mbappe’s pace is “really not normal”, according to Lille defender Sven Botman.

The Dutch Under-20 international says he was taken aback when witnessing Mbappe’s blistering speed in person – though he helped keep the World Cup winner quiet in a 0-0 draw with PSG in December.

Botman joined Lille from Ajax in the summer and has been a key part of their excellent season so far, with Christophe Galtier’s side top of Ligue 1 after 23 games.

“You just don’t see players like that in the Netherlands, so I enjoy that,” Botman told Voetbalzone.

“I want to face as many different types of strikers as possible, so that I myself become more and more complete.

“I can assure you, he doesn’t just look fast on television! He surprises you on the field, because it really is not normal. I don’t think there is anyone as fast as he is at the moment.

“With him, there is always a very good chance of a goal if he can burst past you at full speed. I am not slow myself, but I have never experienced that much speed.”

Botman will come up against his former side when Lille play Ajax in the last 32 of the Europa League later this month, with a 3-0 win over AC Milan in the group stage one of their stand-out results of the campaign.

“I have to say that because of our busy schedule I hardly have time to think about how well things are going and what I am going through, but sometimes you have those moments of pride,” Botman reflected.

“We won 3-0 and then you feel for a moment that you did something special, like I did after that 0-0 against PSG. That does something to you as a defender. It’s not that after every game I think about how good it is, but sometimes it happens to me. I can really enjoy the fact that we have put down a good run with the team again.

“I don’t think anyone thought in advance that we could keep up with [PSG]. For the time being, however, things are still going well.

“At the same time, we also need to realise that PSG are on top in virtually every game, so we will have to force it on our own if we want to keep challenging them. It’s not easy, but we also know that qualifying for the Champions League – our first goal – gets closer with every game.” 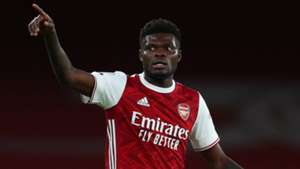