Hansi Flick has talked up Kylian Mbappe’s talents ahead of Bayern Munich’s trip to Parc des Princes on Tuesday, expressing his belief that the Paris Saint-Germain star “will win the Ballon d’Or one day”.

Mbappe inspired PSG to a 3-2 victory at Allianz Arena last week, scoring twice as Mauricio Pochettino’s side gained the upper hand in their Champions League quarter-final tie against the German champions.

Bayern’s chances of completing a comeback in the French capital will likely hinge on whether they can keep the Frenchman quiet, with Flick of the opinion that he is well on his way to becoming the best player in Europe.

“He will win the Ballon d’Or one day, I am absolutely convinced of that. He has everything,” the Bayern boss said at a pre-match press conference.

“He is fast, he has a good technique and – what is most important – he scores a lot of goals.”

Thomas Muller echoed his manager’s comments before stressing the need for Bayern to keep close tabs on Mbappe and Neymar in order to limit their threat on the break.

“He [Mbappe] is very dangerous. With our style of play, space will automatically be created. The defence will have an important task,” the Bayern attacker told reporters.

“With PSG, Neymar and Mbappe usually stay up front, they don’t defend but they stay in a dangerous situation for a counterattacking chance.

“You’re never going to be able to keep them out of the game completely.”

Mbappe is already making a strong claim to win his first Ballon d’Or this year, having once again played a key role in PSG’s bid for silverware across multiple fronts.

The 22-year-old took his tally in the Champions League to eight goals in eight matches after his brace against Bayern, and has scored another 25 in domestic competitions this term, including 21 in Ligue 1.

Flick gave an update on his selection plans for Bayern’s latest meeting with PSG, with the likes of Robert Lewandowski and Niklas Sule set to be absent through injury once again and Serge Gnabry still in quarantine after a positive Covid-19 diagnosis.

The German did confirm that four other key players are in contention to feature, though, adding: “It’s not so easy when you have so many injured players.

“Lucas Hernandez trained with us and Leon Goretzka looked good. Both will be in the squad. [Kingsley] Coman and [Jerome] Boateng have also trained.”

Mon Apr 12 , 2021
The Blancos are in danger of losing a valuable asset as he prioritises winning a place in the Selecao’s 2022 World Cup squad Real Madrid want to keep hold of Eder Militao but the Brazilian defender is considering a summer transfer, Goal can confirm. Madrid spent €50 million (£43m/$60m) to bring […] 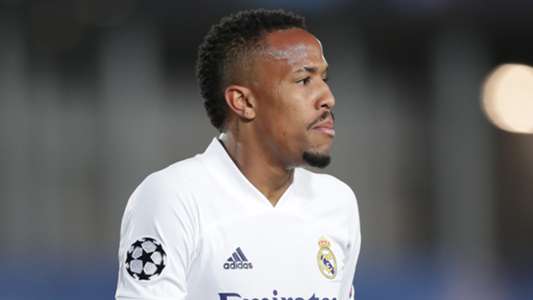