Having shared a dressing room with the France ace for several seasons, Jese believes he would fit in perfectly at the Bernabeu

Paris Saint-Germain star Kylian Mbappe would jump at the chance to join Real Madrid, according to his former team-mate in the French capital Jese.

Mbappe’s future has been called into question regularly in recent months, as talks to extend his contract at Parc des Princes have made little progress.

The 22-year-old forward’s current deal expires at the end of the 2021-22 season, and if negotiations do not prosper PSG would be forced to choose between cashing in on one of their most valuable assets or risking a free transfer 18 months from now.

Madrid has long been touted as a likely destination for Mbappe should he choose to leave, and Jese, who has represented both the Spanish giants and PSG, is certain the forward would relish such a move.

“He would love to go to Real Madrid,” the forward explained to El Partidazo de COPE   on Wednesday.

“His idol has always been Cristiano [Ronaldo]. He loves Madrid and I am sure he will play there one day.”

Jese, 27, is currently at Las Palmas after seeing his time at both Madrid and PSG marred by injury misfortune and poor playing form.

His contract at Parc des Princes was terminated in December after featuring just once for the club in the 2020-21 season and he is now hoping to rebuild his career at his hometown club.

“I am keen to talk about football. I have to leave the past behind and now I want to focus on football,” he added.

“I have always given my all but in the end things haven’t worked out.

“A lot of people assumed I was finished. That motivates me even more to train and play well. I had offers from Turkey, Mexico, Saudi Arabia … I am here because I have my loved ones close by as well as the club’s support.”

Though he is keen to put the past behind him, Jese cannot help but recall the cruciate ligament injury he suffered against Schalke back in 2014, which forced him out for a long period when he was being dubbed as Madrid’s next great.

“I have gone over the Schalke injury many times in my head,” he admitted.

“Clearly it marked my sporting career. It was like driving a Ferrari at 300km/h and crashing. Now you have to start fresh and fix it.”

Terrible defending taking inconsistent Kerala Blasters away from the playoffs

Thu Feb 4 , 2021
On Wednesday, for the second game in a row, Kerala Blasters opened the scoring and allowed their opponents to get back into the game in the second half of a 2020-21 Indian Super League (ISL) fixture.  Blasters had a difficult task at hand at the start of the week. They […] 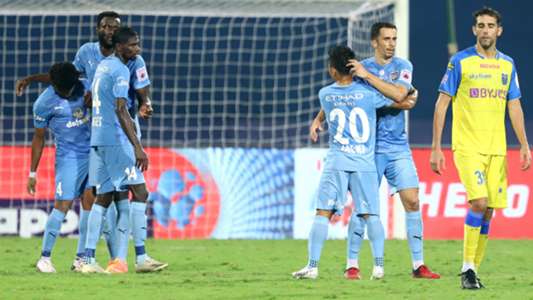