Kagera Sugar coach Mecky Maxime has vowed to go for all three points against Yanga SC when the two sides clash in a Mainland Premier League match on Wednesday.

The Jangwani are yet to lose a match in this campaign having won 13 matches from the 19 played and managed six draws.

“We know the kind of team we are coming up against, they are unbeaten and also topping the table, we have trained for such an environment and so we are ready,” Maxime told Goal.

“We have respect for them [because they are on top of the table], but we don’t fear them, all we need from them is all the points, we have planned ourselves well and we want three points.

“We want to reach where Yanga are [at the top of the table], and you cannot ascend to the position if you don’t win your matches, so we must beat them to get to where they are, so we want their points, and we will go for them.”

On what to expect from the fixture, Maxime said: “It will be a difficult game considering the fact Yanga will be keen to protect their unbeaten run and also extend their stay at the top of the log.

“We will face them at Benjamin Mkapa Stadium, a venue which is big for my players, they don’t play here so often as Yanga do and I know it will somehow affect them and that is why we decided to train here a day before the match.

“One thing I can promise the fans is entertaining football from the two teams, the fans know when Kagera Sugar are in the city, they always come to entertain and nothing will change, they should come in large numbers to watch an entertaining game from both teams.

“I urge the fans to dress up their wives and kids, and come to Mkapa to enjoy the game.”

In a previous interview, Yanga coach Cedric Kaze blamed the team’s back-to-back draws to a lack of strikers to find the back of the net and promised to improve against Kagera Sugar.

The Jangwani giants have suffered two setbacks since the second round of the league resumed as they picked a 1-1 draw against Tanzania Prisons and followed it up with another 1-1 draw against Mbeya City last Saturday.

“It has been very unfortunate for us to lose four points in our last two games in a row, it was not our goal and in my opinion, I should have got six points in those games but at the same time, the problems come back to my players,” Kaze told reporters ahead of their league match against Kagera Sugar on Wednesday.

“In both games, we created a lot of chances to score but we failed to use them, I think we should fix that in our next games.

“We have already set our target to fight for the league title, and we will make every effort to ensure the goal is achieved despite the intense competition that we are experiencing from all the teams in the league.”

Yanga will come up against a Kagera Sugar side they beat 1-0 in the first round at Benjamin Mkapa Stadium in Dar es Salaam.

Wed Feb 17 , 2021
The Blues starlet has impressed people at the club with his resilience following the most difficult year of his young career Chelsea’s Dujon Sterling is back after 13 months out through injury and illness to try to realise the potential that saw him picked out by Antonio Conte to train with […] 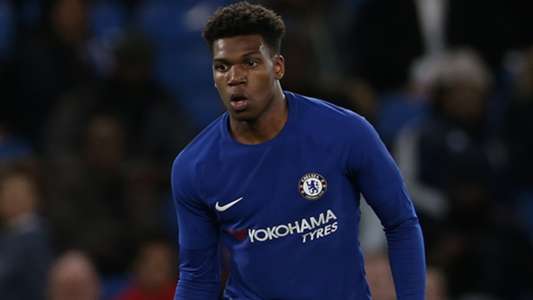