Mark Cuban said he will stand in unison with the players of the Dallas Mavericks, regardless of what action they decide to take in the restart of the NBA.

The owner of the Mavericks went on to say he feels this is a matter of players stepping up for what they believe in.

“Whether it’s holding an arm up in the air, whether it’s taking a knee, whatever it is. I don’t think this is an issue of respect or disrespect to the flag or to the anthem or to our country.

I’ll defer to Adam (Silver) on any final judgments and Michele Roberts, but my hope is that we’ll let those players do exactly what they think is the right thing to do.

If they were taking a knee and they were being respectful, I’d be proud of them. Hopefully I’d join them, because I think we’ve learned a lot since 2017,” Cuban said during a recent interview with ESPN’s Jeremy Schaap on “Outside The Lines”.

Thu Jun 18 , 2020
Real Madrid 3-0 Valencia: Asensio scores on comeback as Benzema bags brilliant double It took almost no time at all for Marco Asensio to celebrate his Real Madrid comeback against Valencia. Marco Asensio marked his long-awaited return by scoring with his first touch and Karim Benzema netted twice as Real […] 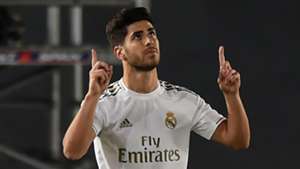