Thembi Kgatlana has congratulated Noko Matlou after she made her eagerly awaited professional debut for Eibar on Wednesday.

The striker, who was the first South African to be named African Women’s Footballer of the Year in 2008, lasted the duration of a 2-0 victory over Logrono in a Spanish Primera Iberdrola encounter.

Matlou had arrived from South African side Maindies in October and so fulfilled her dream of becoming a full professional at 35 years of age.

Kgatlana took to Twitter to pay tribute to her compatriot’s achievement, wishing Matlou “many more games”.

“Solid performance from Noko Matlou on her debut. Congratulations mate, here is to many more games!,” she wrote on Twitter.

Eibar started the year on a high on Wednesday following a disappointing end to 2020, when they suffered 4-2 defeat at Valencia.

Kgatlana continued in her rich vein of form, providing an assist for the opening goal against Logrono, so far racking up five assists and five goals in 12 appearances this season.

Having featured together for the first time in Eibar’s victory over the visitors, the Banyana duo will hope to power the Spanish top-flight debutants to more wins in their bid to retain their status.

Thu Jan 7 , 2021
The Gunners boss appreciates questions will be asked why a big-money acquisition has been allowed to leave, but he still believes in the 19-year-old Mikel Arteta appreciates why questions are being asked of Arsenal’s decision to send William Saliba out on loan – with £27 million ($37m) having been invested – […] 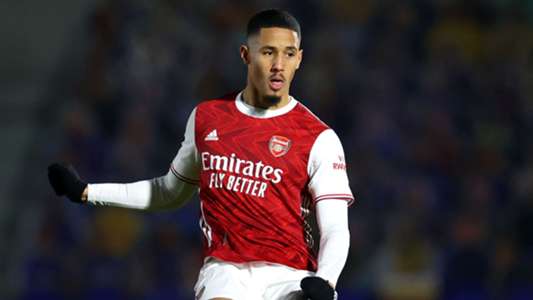