Uganda goalkeeper Mathias Kigonya is set to be unveiled at Tanzania Mainland League side Azam FC.

Kawowo Sports have reported the goalkeeper, who is a free agent, has already agreed to a two-year contract with the 2014 league champions. The custodian has been brought in to help the George Lwandamina-led charges to push for the title this season.

“Everything is done and goalkeeper Mathias Kigonya has completed the move to Tanzania Premier League giants Azam Football Club for a period of two years with an option of an extension,” Simon Wasswa, who is the player’s agent confirmed.

“It has taken a long time of discussions, patience and definitely hard work.”

He went on to lead the Zambia outfit to a second-place finish in the top-tier and guaranteed them a place in the Caf Champions League. The shot-stopper scooped the 2019/20 Best Goalkeeper Award but did not extend his stay at the club.

At Azam FC, the goalkeeper will be reunited with countryman Nicholas Wadada.

Kigonga will now join striker Mpiana Mozizi who was the club’s first signing in this mini transfer window.

The burly star, who arrived in Dar es Salaam on Tuesday, has finally signed a one-year contract after passing a medical to join the Chamazi-based giants.

The Chamazi-based charges confirmed the striker will fill the void left by Thierry Akono.

“We are happy to announce we have completed the signing of the striker Mpiana Mozizi, on a one-year contract from FC Lupopo of the Democratic Republic of the Congo (DRC),” the Ice-cream Makers confirmed.

Mozizi promised to help the team achieve the targets they set for the 2020-21 campaign after signing the contract.

“It is a great honour to sign for Azam, one of the biggest in Tanzania and East Africa,” Mozizi told reporters after signing the deal.

“I have always wanted to play in Tanzania and I am now happy the opportunity presented itself after Azam came in for my services.

“I know the team has set targets they want to achieve before the season ends and I am coming in to help them reach some of the targets, we will continue to fight for every trophy that is available and I will work hard to score as many goals as possible.”

Tue Jan 5 , 2021
After a remarkable 2020, the striker is aiming to improve on her impressive form at Tokyo 2021 this summer Barbra Banda has targeted more goals for Zambia in the Olympics, aiming to record ‘solid achievements’ at Tokyo 2021. The Zambia international had found the net 18 times to clinch the golden […] 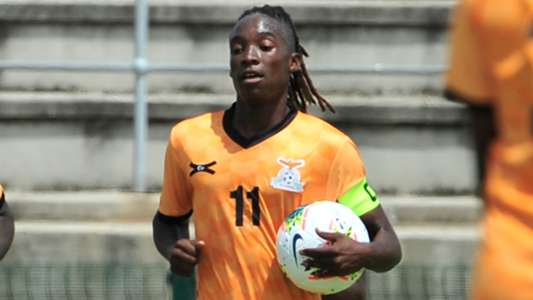