The Football Kenya Federation have released the new Premier League fixtures after Mathare United and Zoo FC were reinstated by the Sports Disputes Tribunal (SDT).

The two top tier sides had been expelled after they objected to the StarTimes broadcasting deal, but after Zoo moved to SDT, the FKF expulsion notice was stayed by the tribunal’s chair John Ohaga and the federation ordered to allow the clubs to participate in the league.

Mathare United will consequently begin their campaign against Gor Mahia on January 14. As Mathare will be starting their season, the rest of the teams would have played six games already and the Slum Boys will have to try and catch up, as most of their fixtures have been congested into a two-week period.

Four days after the clash against the Green Army, Mathare United will play Zoo FC before hosting Bandari on January 22nd. The Slum Boys will then travel to Nakuru and face Ulinzi Stars on January 27th before concluding the month’s duties with a game against Tusker on January 31st.

On the other hand, Zoo will open the season with a match against Bandari FC at Afraha Stadium on January 9. They will then face Posta Rangers at the same venue on January 13 as FKF has not given a reason why the matches will not be hosted at the Kericho Green Stadium.

After being hosted by the 2008 champions on January 18 at the Moi International Sports Complex, Kasarani, Zoo will be on duty once again six days later against Tusker FC in Nakuru.

The Kericho-based side has already launched their home, away and the third kit for the 2020/21 campaign.

The Premier League will resume on January 2, with six matches lined up across the country after taking a break for the Christmas and the New Year festivities.

Kakamega Homeboyz will start the round of fixtures with a home game against Nzoia Sugar at Bukhungu Stadium, while unbeaten Kariobangi Sharks will come up against Ulinzi Stars at Kasarani Stadium.

Fri Jan 1 , 2021
Six months before the end of his deal at Camp Nou deal, the six-time Ballon d’Or winner can begin formal discussions over his future plans Barcelona star Lionel Messi is now free to discuss terms with any clubs, as his current contract at Camp Nou expires on June 30. With […] 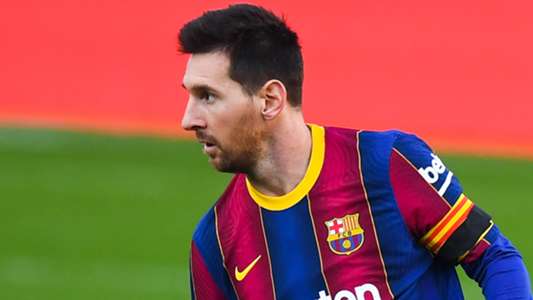