Mathare United coach Salim Ali has stressed the importance of winning home matches in the FKF Premier League as they prepare to face Western Stima on Thursday.

The ‘Slum Boys’ have made a slow start to the 2020-21 campaign, as they have only managed two points from the two matches they have played so far at home.

It is the reason coach Ali has now called on his charges to make sure they win their home matches to help them build on their tally of points, and has urged them to start the good run against the Powermen.

“We play again at home this Thursday and need to take full advantage of that and pick up maximum points,” Ali said as quoted by Mathare United social media pages.

“Playing at home has coincided with our best results and we need to keep that going as we try and figure out how to replicate these performances when we play away.”

Ali has further insisted a win against Western Stima will help them to move from the lower reaches of the 18-team table and spark a positive run of fixtures.

“Games against teams that are in and around you on the standings are always going to be hard and against Stima I expect this,” Ali continued.

“A win in such a fixture normally boosts a team towards more positive results. So we just have to be at our best and make our home advantage count tomorrow.”

Stima will come into the match under a new coach after the club parted ways with Paul Ogai and appointed Abdallah Juma, formerly of Thika United and AFC Leopards.

“We have appointed [Abdalla] as our new coach effective immediately,” Stima chairman Laban Jobita confirmed to Goal on Tuesday.

“As a club, we have decided to hand him a two-year deal. We are confident he will help us perform well and help the team reach the set objectives. Having coached top teams in the country, I am confident he will deliver.”

Mathare United are currently second from bottom with four points from six matches while Western Stima are just a place above them in 16th with five points from nine matches.

Wed Feb 3 , 2021
Instead of capes or masks, the late Napoli and Argentina legend’s shirts were what Aimar and his childhood friends most coveted Former Valencia, River Plate and Argentina star Pablo Aimar has revealed he had little need of comic books growing up – because his ‘superhero’ Diego Maradona was already the […] 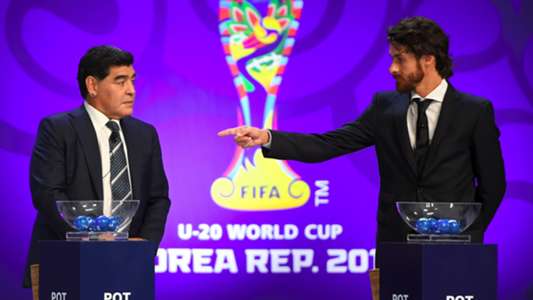