The ‘Slum Boys’ were among the two teams yet to sign the document since the Chinese-based TV channel took over the broadcast rights of the top-flight league.

However, the Nairobi-based club have signed the document, ending the long battle between them and the federation, which saw the club expelled from the league before they were reinstated by a local court.

“We hereby endorse the agreement and we shall endeavour to bring the agreement to fruition by cooperating with FKF in performing its obligations under the agreement,” read the agreement letter signed by Mathare United chairman Bob Munro and obtained by Goal.

“We, through this letter of endorsement, pledge to comply with the terms and conditions of the agreement as well as the rules of the game of football and that we shall not enter into any other agreements with third parties in respect of the rights granted to StarTimes [Kenya] Company Limited under the agreement.

“We also undertake to utilise the funds disbursed to us through FKF in respect of the agreement for football activity and for the betterment of the club’s participation in the FKF Premier League.

“In this regard, we authorise FKF to disburse funds in respect of the agreement through our account whose details are outlined in the letter.”

The move by Mathare United now leaves Ulinzi Stars as the only team from the 18-team league yet to sign the endorsement.

FKF president Nick Mwendwa has confirmed to Goal they are still waiting for Ulinzi Stars to follow suit.

“Mathare United have handed in their endorsement today [Wednesday] and that is very positive news for Kenyan football,” Mwendwa told Goal. “We have been engaging them for a long time now, but I am happy they have seen the sense to sign the document.

“For now, we only have Ulinzi Stars as the team yet to approve the document, they came for it [the letter] but they have not returned it, so we don’t know about them, but we will give them time.”

The three teams – Mathare United, Ulinzi Stars, and Zoo FC – had initially rejected signing the agreement, arguing they were yet to go through the contract signed between the federation and StarTimes.

Wed Feb 3 , 2021
The Nigeria international will not play a part when the King Power Stadium outfit slug out against the Cottagers Leicester City manager Brendan Rodgers has revealed Wilfred Ndidi will soon be back to action but will not be involved against Fulham on Wednesday. The midfielder suffered a hamstring injury against […] 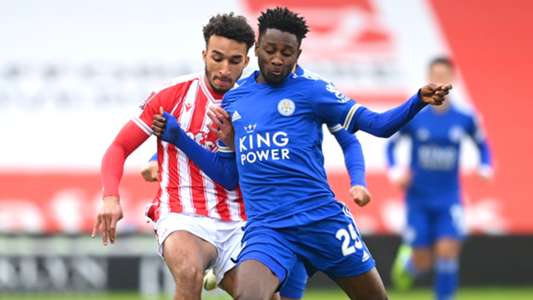