The Slum Boys have now played eight games in the Kenyan top-tier, managed to get two wins, as many draws, and four losses

Mathare United head coach Salim Ali is satisfied with the performance his team made in the 1-0 win over Nzoia Sugar in the Football Kenya Federation Premier League game played on Monday.

James Kinyanjui scored the lone goal at Kasarani Stadium to help the 2008 champions to their second win of the season. The tactician was left impressed with the manner his charges played.

“The performance and will to succeed was there for all to see against Nzoia Sugar,” the soft-speaking Ali said afterwards.

“Every single player, even the ones who were subbed on with a few minutes left in the game, performed to the highest standard that is required at this great club. I am satisfied with the fighting spirit and if I could, I would award every single one of them with the game’s [Most Valuable Player] award.”

The Slum Boys have now played eight games in the FKF Premier League, managed to get two wins, as many draws, and four losses. The former Ulinzi Stars coach admits it has not been easy.

“It has been a tough start,” Ali, who took over the reins at the club from Francis Kimanzi continued.

“Everything that went on before the season started has impacted the team hugely. Trying to balance the team while playing competitively has been our undoing but I feel we are now slowly finding our footing.

“We will improve as long as the fighting spirit, as we saw against Nzoia, continues.”

On February 3, Mathare endorsed the FKF and StarTimes broadcast deal.

The ‘Slum Boys’ were among the two teams yet to sign the document since the Chinese-based TV channel took over the broadcast rights of the top-flight league.

However, the Nairobi-based club signed the document, ending the long battle between them and the federation, which saw the club expelled from the league before they were reinstated by a local court.

After reinstatement, they had to deal with fixture pile-up to catch-up with the rest of the league.

Mathare’s next assignment will be on February 19 against Bidco United.

Tue Feb 9 , 2021
The Bengaluru boss revealed that Rahul Bheke’s injury is serious… Bengaluru succumbed to their sixth defeat of the ongoing Indian Super League (ISL) season following a 0-2 result against ATK Mohun Bagan on Tuesday. The Blues boss Naushad Moosa was visibly disappointed after the result and suggested that his team was […] 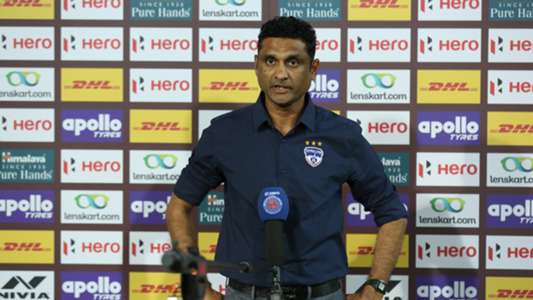