Both sides want the former AFC Leopards man to fill the position of assistant coach. Kimani left Ingwe after leading them to a 0-0 draw against Gor Mahia in the first Mashemeji derby of the 2020/21 season.

Mathare United want Kimani to return in order to deputise for Salim Ali – who had been linked with a move to Gor Mahia.

On the other hand, Casa Mbungo, now in charge of Bandari, had worked with the former Harambee Star at AFC Leopards. Kimani was appointed on an interim basis when Mbungo left in 2019 due to financial difficulties at the club.

“Mathare never forgets one of their own,” a source close to the 2008 Premier League champions told Goal. “The club knows how good he can be, having been with them especially during their league winning season.”

Then a source at Bandari revealed the following to Goal.

“Mbungo trusts him and the relationship they nurtured while at AFC Leopards which has made Mbungo fancy another chance to work with Kimani,” the source stated.

When he left Ingwe after leading them to a rare point against their Mashemeji derby rivals, he went on to write an emotional letter expressing his faith in the club re-establishing themselves as one of the successful outfits in the country.

“To the players, led by captain Robinson Kamura, I would like to thank you for the respect, belief, and trust that you have shown me throughout my time at the club. I would like to urge you to extend the same to the new coach,” part of Kimani’s letter read then.

“You all have what it takes to help the club reclaim its rightful place in Kenyan football and Africa at large. To members of the technical bench, thank you very much for the cooperation and the cordial working relationship that we shared.

“I leave with great memories and lessons that I learnt from each and every one of you and most importantly knowing that I have made lifetime friends.”

AFC Leopards had already appointed Patrick Aussems as the new coach after Kimani had served for the second time as an interim coach.

His second temporary tenure was necessitated by the exit of Tomas Trucha who left just after overseeing a game in the league against Tusker citing threats to his life.

Caf Confederation Cup: Gor Mahia vs Napsa Stars to be played without fans

Sat Feb 13 , 2021
The federation confirms to Goal that fans will not be allowed to attend the play-off clash between K’Ogalo and the pensioners Football Kenya Federation has revealed the first meeting between Gor Mahia and Napsa Stars in the Caf Confederation Cup will be staged behind closed doors. The Kenyan champions will […] 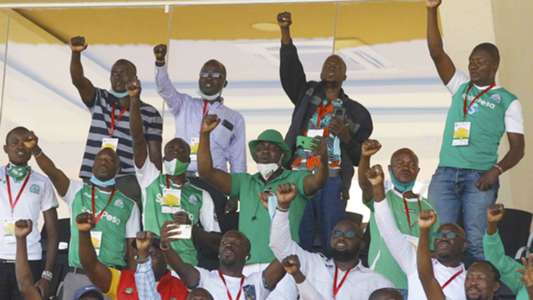