Tusker’s first open chance came in the eighth minute but Hillary Wandera’s effort went straight into Bryne Omondi’s waiting hands. In the 19th minute, Macharia attempted a long-range shot after a quick counter-attack but he missed the target narrowly.

Jackson Dwang’s free-kick from a vantage point which was Posta Rangers’ first close chance, went over the bar in the 29th minute.

Meja scored three minutes after the quarter-hour mark but his goal was ruled out for offside. Tusker came close again with Meja hugely involved in the 36th minute but were unable to get an opener. The youngster outwitted a number of his markers and squared the ball for Macharia whose initial attempt was punched away by Omondi while the second attempt went out.

Macharia, however, found the back of the net in the 39th minute but Posta Rangers equalised immediately through Okare a minute later. Meja found his way onto the scoresheet in the 45th minute as he restored Tusker’s lead.

Another chance for the 11-time league winners came in the 48th minute but Brian Marita’s was denied by a busier Omondi. On the other hand, Hashim Sempala saved Tusker with a goal-line clearance in the 63rd minute when he swept Okare’s low drive.

Namanda, who also scored against Mihuu United in the 9-0 win during a Shield Cup tie, extended Tusker’s lead in the 66th minute. The midfielder picked Michael Wanjala’s cross before he lobbed over Omondi who had denied them on a number of occasions.

Meja, who has been tipped to be a generation star, added the fourth for Tusker as they condemned Stanley Okumbi’s side to a huge loss.

Meanwhile, at Mumias Sports Complex, Kariobangi Sharks came out 1-0 winners over Vihiga United. Erick Kapaito scored the goal in the 79th minute as Brandon Obiero made his debut and saved a penalty for the Nairobi club.

Thu Feb 18 , 2021
The France international must now self-isolate at home and will also be unavailable for the Bundesliga clash with Eintracht Frankfurt Bayern Munich have confirmed defender Benjamin Pavard has tested positive for coronavirus. The 24-year-old will now need to undergo a period of self-isolation at home and is set to miss his […] 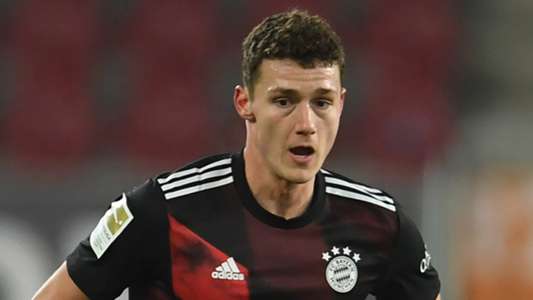