Tusker coach Robert Matano has explained how his tactical changes in the second half enabled them to beat Wazito FC in an FKF Premier League match on Friday.

Second-half substitute Jackson Macharia was the Brewers’ hero after he powered home the winning goal in stoppage time to end Wazito’s five-match winning run in the league.

In the evenly contested clash, Matano was forced to make three tactical changes at once, bringing on Macharia, Humphrey Mieno, and George Odhiambo for Chris Onyango, Otieno Apollo, and Boniface Muchiri, and his changes paid off as Macharia scored a stunning goal, seconds to the final whistle.

The veteran tactician spoke of how difficult it proved to break down Wazito and what prompted him to make the changes which eventually earned them three points from the fixture.

“It was a nice game we had expected that and you know my players had put a lot of fight and resistance in the match, and you know we faced a Wazito team which was well motivated after winning five matches in a row,” Matano told Goal.

“We came in the strong team, with a strong mind and focus and in the second half we came back even stronger to win the match and I am very happy about that.

“In the first half we did not play, we did not keep the ball around ourselves, and our passing was not so frequent and we were lacking composure and then we came in and brought the players who can play that game to maintain the ball and then we can create chances to score and it happened as we got the goal at the final whistle.”

On his part, Macharia was happy to have handed the Brewers the points which helped them to keep their top spot on the 18-team league table.

“I was not planning to come in and score because we were playing under pressure and I had gone for some games without scoring, but what I knew I will score one of these fine days and didn’t know it will happen against Wazito,” Macharia told Goal.

“I am grateful the goal helped my team to win three points and all we know Tusker is a big team and we are not feeling any now that we are at the top of the table, it is nothing new, we have been there before, and we are feeling easy and relaxed and all we need is to have consistency in our matches and play our game.”

The win pushed the Ruaraka-based side to 26 points after 11 games, four more than second-placed KCB and they will next face struggling Posta Rangers on February 18.

Mon Feb 8 , 2021
Having lost to Orlando Pirates in the MTN8 and with no Telkom Knockout this season, the Nedbank Cup was Amakhosi’s last chance for domestic cup glory Kaizer Chiefs coach Gavin Hunt was frustrated by his team’s inability to take their chances in Sunday’s 2-1 defeat to Richards Bay at the […] 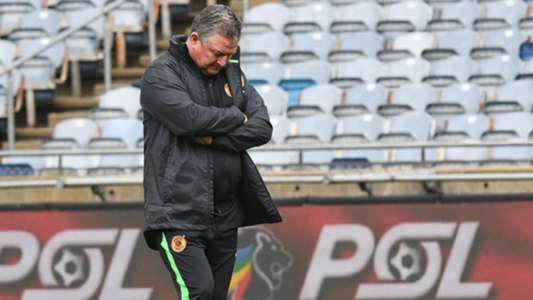