Tusker coach Robert Matano has claimed he is not under any pressure after his team moved top of the FKF Premier League table on Sunday.

The Brewers are now leading the 18-team table after they managed to edge out Mathare United 1-0 while KCB, who have enjoyed the top spot since the league kicked off, dropped to second spot following a 0-0 draw against Ulinzi Stars at Afraha Stadium in Nakuru.

The former Sofapaka and Ulinzi Stars tactician has said he does not feel any pressure now they have assumed the lead and insisted it will help his players to work extra hard to keep the spot.

“I am very happy about that [moving top of the table], I know we have played a game more than our rivals but it is good to be at the top because it will motivate my players to continue working hard,” Matano told Tusker online.

“We know we can still make it, we know we can still do it, we only need to keep working hard and keep the position and make it ours, and I have been in this game for a very long time and don’t have any pressure because we are on top, maybe someone else but not me.”

On this team’s display against Mathare United, Matano explained: “It is good to win, but we did not play very well in the first period because we started at a slow pace and Mathare United came all out because they had lost the previous fixture and when you play such a team [which had lost previously], it is very difficult to handle them.

“But we managed to contain them in the second half and we also squandered several chances plus a penalty and even though they lost their penalty, we came up and managed to get the goal and the most important thing from the fixture is that we bagged three points.”

Midfielder Luke Namanda scored the lone goal with 15 minutes to go and ensured coach Matano went home smiling, with the Brewers increasing their tally of points to 23 from 10 matches while KCB, who have played a match fewer, have 22 points.

Tusker will next come up against high-riding Wazito FC while KCB will confront Vihiga United on Saturday.

Mon Feb 1 , 2021
The Odisha coach expects new recruit Brad Inman to be an asset for the team in future… Odisha’s nightmare this season seems to be never-ending as they succumbed to yet another defeat against in an Indian Super League (ISL) clash on Monday With the 0-1 loss to Jamshedpur, the Kalinga Warriors have […] 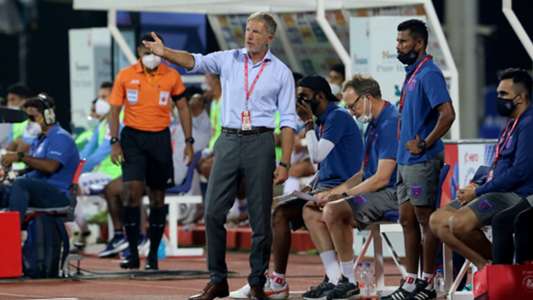