Tusker head coach Robert Matano has explained why they have been able to pick up six wins in nine Football Kenya Federation Premier League games.

The Brewers are second on the table after pulling themselves up, especially after an opening defeat against AFC Leopards.

Matano said they were affected by poor pre-season but having had training sessions as the season progressed, they are now in good shape to get wins.

“On consistency, that is what we have worked for from day one but we did not prepare well since our pre-season was bad and it is not our fault and we cannot blame anybody for that,” Matano said as was quoted by the club’s Facebook page.

“We thereafter have had good and proper training sessions with the team, that is where the progress is coming from and you can see the results are talking for themselves.”

The 2016 Premier League winners will face Mathare United at Kasarani on Sunday and the coach has warned his players from underrating their struggling opponents.

“The team is looking good and we are waiting for the match, everybody is ready and wants to play,” he added.

“The competition is high and that is good for me and it is generally healthy for the team when everybody wants to play.

“You cannot afford to underrate any team now especially Mathare United who have good and experienced players.

“They have been in the league for long and know how to play in the league and we are not going to underrate them, we shall face them as we have faced any other team in the league.”

Matano’s sentiments on underrating Mathare United and their readiness were echoed by midfielder Hashim Sempala.

“The boys have prepared well and they are ready for the game. The morale and motivation are good within the camp because the executive and the technical bench are with us,” the Ugandan told the club’s portal too.

“Even though Mathare United might have struggled, they are still a tough team because they have good players. The poor run may be due to bad luck but we are not going to underrate them as we will go all-out against Mathare.

“We have a big task but we are ready for them.”

The match between the former league champions will kick off at 15:00 local time at Kasarani.

U20 Afcon: Byekwaso reacts after Uganda U20 draw with URA

Sun Jan 31 , 2021
The youngsters will play UPL champions Vipers SC in another friendly game on Sunday U20 Uganda coach Morley Byekwaso was impressed with the way his charges played during a 1-1 draw in a friendly game against URA FC. The Hippos are using the match to prepare for the Africa U20 Cup […] 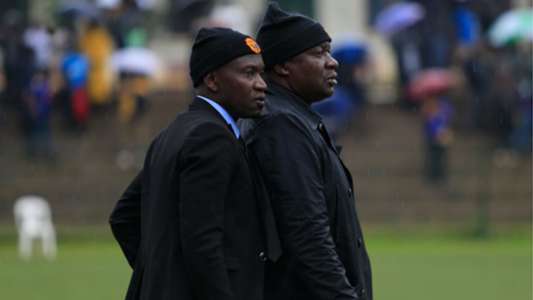