Juma joined the Moroccan side from JS Kabyle of Algeria and he doubled Difaa El-Jadida’s lead in the 36th minute.

El Rhaffouli had broken the deadlock in the 16th minute as his team went on to get the vital win away from home. After seven games, Juma’s side is 10th with eight points while the loss means Rapide Oued Zem will remain 15th on the 16th-team table.

Juma is expected to have some good form in the Moroccan league as he attempts to keep a place in Jacob Mulee’s Harambee Stars line-up ahead of the upcoming African Cup of Nations qualifiers.

Kenya will face Egypt and Togo as they strive to get wins that will ensure they book a place in the next Afcon edition.

Juma was part of the squad that played Comoros twice in November 2020 where Kenya dropped vital points that would have taken them close to another qualification. A 1-1 home draw, where Juma scored, and a 2-1 loss in Moroni in the return tie complicated Kenya’s qualification process.

Juma earned a starting position against Comoros as Michael Olunga, who has since moved from Kashiwa Reysol, where he enjoyed a stellar 2020 J1 League season and joined Al Duhail SC of Qatar, had his travel plans complicated by the coronavirus restrictions.

Olunga has already scored a hat-trick in the Middle East and his form together with Juma’s will be key for Harambee Stars in the remaining qualifiers.

Mulee has already picked a squad comprising of local players as they start early preparations for the March ties against Egypt at home and Togo in Lome.

Mon Feb 22 , 2021
The ex-K’Ogalo forward says he will punish the African champions with the slightest chance they create on Tuesday Simba SC striker Meddie Kagere has promised to help the club beat Al Ahly again when the two sides face off in their Group A match of the Caf Champions League on […] 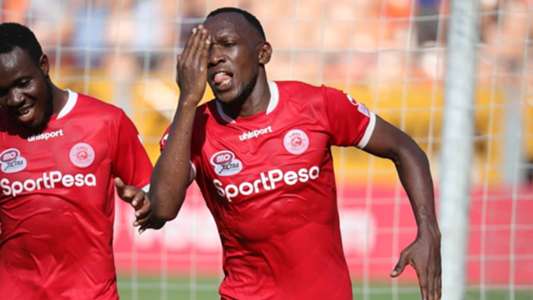