The highly-rated tactician has been studying Bakgaga Ba Mphahlele, who will be desperate for a victory against Masandawana

Masandawana will be looking to secure their fifth consecutive victory across all competitions when they host Bakgaga Ba Mphahlele at Loftus Versfeld Stadium.

Mokwena singled out the quartet of Goodman Mosele, Richard Mbulu, Tshidiso Patjie and Thami Masiya as the players, who could hurt Sundowns.

“Mosele is doing well for them, giving them that assurance in front of the back-four and Mbulu with the physicality and a set-piece threat,’’ Mokwena told Sowetan on Wednesday.

“Of course, Masiya and Patjie being their most important players with speed and directness to be able to play behind the defence and cause threats with second balls. We have to make sure we try to manoeuvre and work on that.’’

Bakgaga Ba Mphahlele are winless in their last five competitive matches, but Mokwena feels that Thoka Matsimela’s side remains a good team.

“Baroka have been very interesting to analyse. We’ve gone into their games… the Nedbank Cup against Cape Town Spurs [which they lost on penalties after a 1-1 draw post extra-time],” he continued.

“They are doing some very good work because the identity of the team is very clear. Structurally, they have a system in place, which you can pick out in the 4-3-2-1 formation and they are very consistent regardless of the personnel.”

Mokwena has analysed Bakgaga Ba Mphahlele and discovered that they are not a possession-based side under coach Matsimela.

“Statistically, they are not a team that spends a lot of time on the ball, they average about 40% of ball possession,” the former Orlando Pirates caretaker coach added.

“They are in the top 10 in the league in relation to the number of box entries, very direct from crosses and getting into the box.”

A victory for Sundowns over Baroka will see the PSL champions open a five-point lead at the top of the league standings.

Wed Feb 17 , 2021
The Red Eagles tactician now explains their readiness to face the Kasariro Boys in the first derby of 2020-21 campaign Express FC have vowed to keep their unbeaten start to the season intact when they face rivals KCCA FC in a Ugandan Premier League derby on Wednesday. The Red Eagles […] 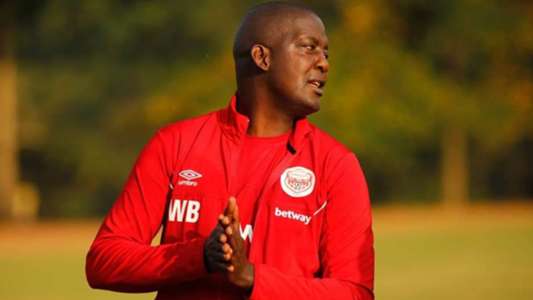