As Gor Mahia and AFC Leopards get ready to clash in what will be the 89th Mashemeji derby at Kasarani on February 7, Goal looks at the top scorers of Kenya’s mostly-followed club encounter.

AFC Leopards, formed in 1964, and Gor Mahia who were formed four years later, first met in 1968 and the first scorers in the maiden Mashemeji derby were Henry Motego and Noah Wanyama – Victor Wanyama and McDonald Mariga’s father – for AFC Leopards.

For Gor Mahia, William Chege – with two goals since – and Chris Obure were the scorers in the first two league meetings of the season when K’Ogalo met with a club that since then has been their greatest rival.

However, just two of the first-ever scorers in the derby are among the top scorers of the encounter that has pitted AFC Leopards against Gor Mahia for decades. Two players have scored six goals, one has scored four, four have scored three while 13 have each scored two goals.

Sammy ‘Jogoo’ Onyango and Dan Sserunkuma are the leading scorers as each scored six goals during their time at Gor Mahia.

Dennis Olando, Francis Mudanyi, Abass Magongo, Hezron Osuka, David Odhiambo, Deomande Selenga, Paul Oyienga, William Chege, Gnamien Yikpe, Jacques Tuyisenge, Nicholas Kipkirui for Gor Mahia each scored two goals. Selenga is the only star in the group to have played for both Gor Mahia and AFC Leopards and scored twice for each side.

Among the prolific goal scorers, Gor Mahia’s Kipkirui is the only player still serving his current club.

From the 88 games that have been played before, Gor Mahia have won 30 Mashemeji derbies while AFC Leopards have won in 27 encounters. 31 draws have been recorded between the most successful clubs in the country as Ingwe have scored 76 goals 10 fewer than the Green Army’s tally.

The 89th encounter provides AFC Leopards with an opportunity to halt Gor Mahia dominance that has stretched from 2016. The last time Ingwe won against K’Ogalo was when Lamine Diallo scored to hand them a 1-0 victory over four years ago.

Sun Feb 7 , 2021
The United boss rued his players not seeing out the game in the final minutes, with Everton equalising late. Source of the article 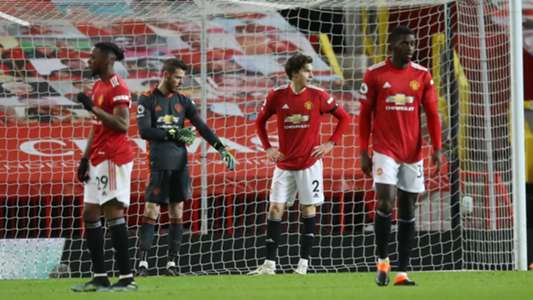