AFC Leopards chairman Dan Shikanda has assured fans they are mentally prepared to beat Gor Mahia and end their poor run against them in the FKF Premier League derby on Sunday.

The two Kenyan giants will meet for the first time in the 2020-21 season at Kasarani Stadium with both teams riding high on the local scene, especially Ingwe who are in a run of three straight wins.

Gor Mahia have proven a hard nut to crack for their sworn rivals AFC Leopards as they have not lost a match in their last six matches played in the top-flight.

Shikanda, who himself played in the derby for both Ingwe and then K’Ogalo, has now claimed it is their time to end the poor run by inflicting defeat on the league champions and starting a dominance over them in the next four or five seasons.

“Football being what it is, it is just a match like any other, yes it is true we have not beaten for the last six or seven matches, I know tables will turn one of these fine days, so we can also have a good run over them,” Shikanda told Goal on Friday.

“The time is now, we are ripe enough and if we get the win then we will open a good run of beating them even four to five matches in a row, but this derby [for Sunday] is very key for us because, to be honest, our fans have not enjoyed the bragging rights and we feel we need to give them some happiness.

“We have had tough matches this season in the league against Kariobangi Sharks, against Tusker and even KCB, plus Wazito and the players showed what they can offer and it is the reason we are now looking forward to going for a positive result in the derby, we need a win and nothing else.”

On how Ingwe have prepared for the 89th derby, Shikanda said: “I want to assure the fans we have been preparing and to be honest, it is the first time we are meeting Gor Mahia maybe in the last ten years when physically, tactically, and mentally we are prepared to face them.

“I can say proudly we are on top of them on the table after playing an equal number of matches [eight], we are looking forward to a great derby and as we promised our players, win the league and win a house and I can tell them for free this is a key match because our fans, our members, our stakeholders are looking for the missing bragging rights.

“We know what a win can do, it will bring closer people to the team, and we are really doing everything possible to win it.”

After losing the two back-to-back matches – 2-0 (against Western Stima} and 1-0 (against Wazito) – Ingwe have gone ahead to register three straight wins – 2-1 against KCB, 2-0 against Kariobangi Sharks, and 2-1 against Posta Rangers.

Fri Feb 5 , 2021
Malek Shafei and Ed Dove run the rule over the African transfers of the January window, and look ahead to the Mashemeji Derby The African Football HQ podcast comes in the midst of a blockbuster weekend of African football. On Monday, the transfer window concluded, wrapping up a month of […] 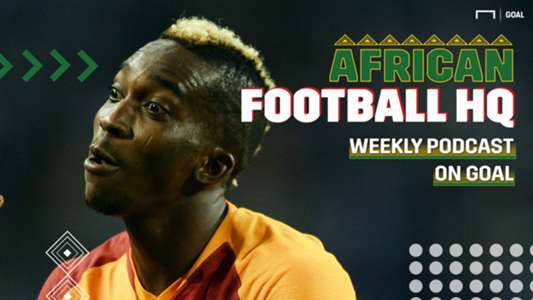