Football Kenya Federation has ruled out any possibility of allowing fans to watch the Premier League derby between Gor Mahia and AFC Leopards on Sunday.

The eagerly awaited derby will be played at Kasarani Stadium on Sunday after it was postponed from the initial date of January 3, owing to K’Ogalo’s involvement in the Caf Champions League.

The federation has now confirmed to Goal no fans will be allowed to watch the game owing to the strict measures put in place by the Ministry of Health to help curb the spread of the Covid-19 pandemic.

“No, we will not allow fans to attend the derby,” FKF CEO Barry Otieno told Goal on Monday. “We must follow the Covid-19 rules set by the government and it is very clear no fans should attend league matches.”

With rumours spreading on Monday that the government was working on ways to have fans attend the match, Otieno said: “Those are just rumours, treat them as such, there is nothing like that, no one has talked to us, so the game will be played behind closed doors.”

Both teams enjoying a good run of results in the 18-team league table, with AFC Leopards now unbeaten from three matches since they suffered back-to-back defeats against Western Stima and Wazito FC

On the other hand, K’Ogalo, who are the defending champions, have also recovered from the shock 1-0 defeat against Vihiga United to win two straight matches – 3-0 against Zoo FC and 3-1 against Banda

In the 2019-20 season, the Kenyan champions completed a double over Ingwe winning the first match of the season 2-0 before handing them a 3-1 defeat in the reverse fixture on their way to clinching a record 18th league title.

Mon Feb 1 , 2021
The France international forward is enjoying working alongside an all-time great, while also praising the fine form of Ousmane Dembele Antoine Griezmann is “enjoying” having “legend” Lionel Messi alongside him at Barcelona and hopes the mercurial Argentine can deliver more magic as summer transfer talk rumbles on. Serious questions continue to […] 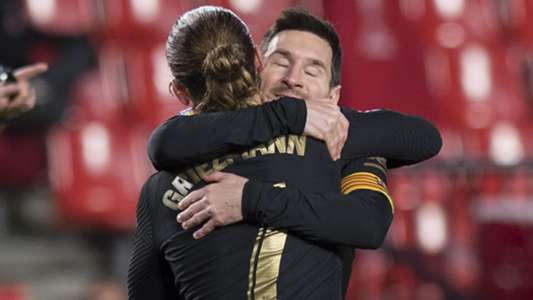