Football Kenya Federation has sent a strong message to Gor Mahia and AFC Leopards fans not to waste their time attending the Premier League derby set for Kasarani Stadium on Sunday.

The Mashemeji derby has come at a time when fans are not allowed to watch matches owing to the strict government guidelines put in place to help curb the spread of the Covid-19 pandemic.

And despite the 2020-21 season being played without fans, followers of the two giants have insisted they will try and force their way into the stadia so as to watch the derby.

FKF has now told Goal like other matches in the top-flight, the derby will be played behind closed doors, and those fans who will come to the match venue with plans to watch the game will face the full force of the law.

“Fans will not be allowed and they should stop wasting their time coming to Kasarani,” FKF CEO Barry Otieno told Goal on Tuesday. “There is no preferential in football and rules apply to all.

“We have already put in place tough measures to ensure the derby is played behind closed doors, save for essential service providers [including journalists] and 30 officials from each club.”

Otieno continued: “For the safety of players, club officials, and the general Kenyan public, fans will not be allowed into the stadium, in line with both the FKF Covid-19 protocols and the Ministry of Health guidelines.”

Both teams are currently enjoying a good run of results in the 18-team league table, with AFC Leopards now unbeaten from three matches since they suffered back-to-back defeats against Western Stima and Wazito FC.

On the other hand, K’Ogalo, who are the defending champions, have also recovered from the shock 1-0 defeat against Vihiga United to win two straight matches – 3-0 against Zoo FC and 3-1 against Banda

Chan 2021: Rwanda should be proud despite defeat to Guinea

Tue Feb 2 , 2021
The Amavubi tactician urges fans back in Kigali to support the team despite their exit from the competition in Cameroon Rwanda coach Vincent Mashami is happy with the overall performance of the team at the African Nations Championship despite dropping out at the quarter-final stage. The Amavubi failed to make […] 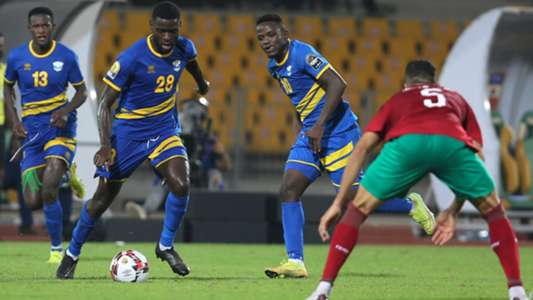