Anthony Martial is playing “nowhere near his full potential” according to Andy Cole, who has urged the misfiring Manchester United star to keep “persevering”.

Martial headed home his first goal from open play of the 2020-21 campaign to set United on their way to a 2-1 home win over Aston Villa on Friday night.

The Frenchman has won his place back in Ole Gunnar Solskjaer’s starting line-up in recent weeks after overcoming early-season fitness and discipline issues, but his finishing touch in front of goal has still been lacking.

Marcus Rashford and Bruno Fernandes are now the two main sources of the Red Devils’ goals, while summer signing Edinson Cavani has made a strong claim to take Martial’s spot through the middle.

However, Cole is convinced that a man who scored 23 goals across all competitions last term still has a lot more to give Ole Gunnar Solskjaer’s side, and hopes his effort against Villa can serve as the springboard which propels him onto better things.

“He’s [Martial’s] super talented, he gets in great positions but sometimes his finishing is a bit erratic,” the United legend told Sky Sports. “He hits the goalkeeper, he doesn’t make the right decisions at times but he has all the talent in the world. I do genuinely believe, like Marcus [Rashford], he’s nowhere near his full potential.

“He just has to keep persevering and hopefully he’ll go on a good run. He’s another one that could get 25 goals, easily.”

Solskjaer also reserved praise for Martial after his side’s second successive victory at Old Trafford, telling reporters: “Anthony is going to improve. He’s going to be better and better.

“He’s still creating chances, he’s just not had that little bit of luck, margins in front of goal. They’ll come. We saw a better version of Anthony, a more confident one.”

The 25-year-old’s next chance to shine could come when the Red Devils play host to arch-rivals Manchester City in their Carabao Cup quarter-final tie on Wednesday.

Solskjaer will start preparing his players for their FA Cup third-round meeting against Watford afterwards, with United not due to return to Premier League action until January 12 away at Burnley.

Sun Jan 3 , 2021
The Argentine is into the final six months of his contract, but one of the men in line to take over in the Camp Nou boardroom hopes he will stay put Lionel Messi’s wages are not sustainable but the superstar forward can be persuaded to stay at Barcelona with a […] 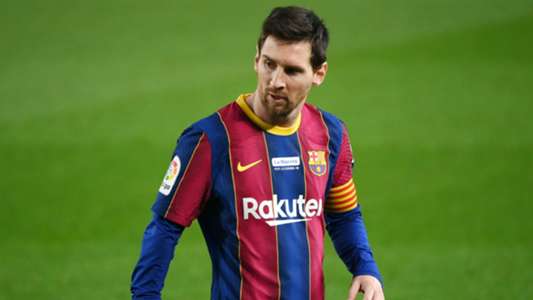