Marcus Rashford is a name that needs no introduction for football fans all over the world.

Manchester United’s star forward has been tearing it up, both on and off the field recently. He’s been banging in the goals for United, with 16 goals already up for the season, and has also championed the cause to provide mid-day meals to school children in the UK.

But the inspirational 23-year-old is also one of the faces of ‘United We Play’, a joint initiative by Manchester United and Apollo Tyres that aims to provide young footballers with a platform to showcase and improve their skills and talent.

The first season of the United We Play campaign was launched in January 2020 in Mumbai. Through workshops and trials, over 4000 kids and parents were reached but they could only conduct the program in six out of the 10 planned cities (Delhi, Chandigarh, Goa, Mumbai, Guwahati and Kolkata) due to the impact of Covid-19 in March 2020.

The trials had to be put on hold and the programme shifted to a digital avatar from September to November 2020 with Apollo Tyres and Manchester United creating unique content that could be accessed by talented kids – skills and tutorial videos by legends, Q&As with stars like Dwight Yorke, Wes Brown and Denis Irwin apart from nutritional and motivational advice.

Rashford, a United academy product who emerged on to the scene at the age of 17 with a bang, feels undergoing programmes like ‘United We Play’ is crucial in the development of young footballers.

“The main objectives of the programme are to engage with aspiring footballers, motivate them and expose them to global training methodologies, covering important aspects of the game such technical, tactical, physical, and psychosocial skills like leadership and teamwork,” he told Goal.

“The impact of exposure to training initiatives like United We Play on the development of young players is really huge. Young footballers learn a lot through such programmes and I am sure the youngsters who are a part of this will enjoy this experience a lot.”

The current season of ‘United We Play’ is culminating in a virtual masterclass conducted by Manchester United Soccer School coaches as they, along with Apollo Tyres, seek to engage with youngsters and expose them to global training methodologies. Two such series’ have already been conducted in December and January 2021, touching upon technical, tactical, physical, and psychosocial skills like leadership and teamwork.

Rashford feels Indian youngsters have a lot to gain from the United We Play initiative, highlighting that proper coaching at a young age is very crucial for developing players.

“I think it’s a programme that has a lot of benefits for a lot of young people in India that are aspiring to become footballers. For me, coaching is a massive thing in football and in sports.”

“They need all the experience they get. From learning from players in England or Spain or whatever country it may be, they will gain a lot of knowledge about the football industry. The more knowledge you have, the bigger chance you have of making it as a professional in any sport.

“I think it’s a great programme (United We Play) and hopefully, it continues for many years,” Rashford added.

Mashemeji Derby: It is time for AFC Leopards to dominate Gor Mahia – Shikanda

Fri Feb 5 , 2021
Ingwe boss remains confident they have prepared well to face their bitter nemesis K’Ogalo in the league derby set for Sunday AFC Leopards chairman Dan Shikanda has assured fans they are mentally prepared to beat Gor Mahia and end their poor run against them in the FKF Premier League derby […] 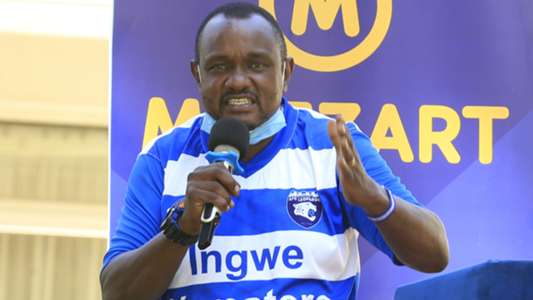